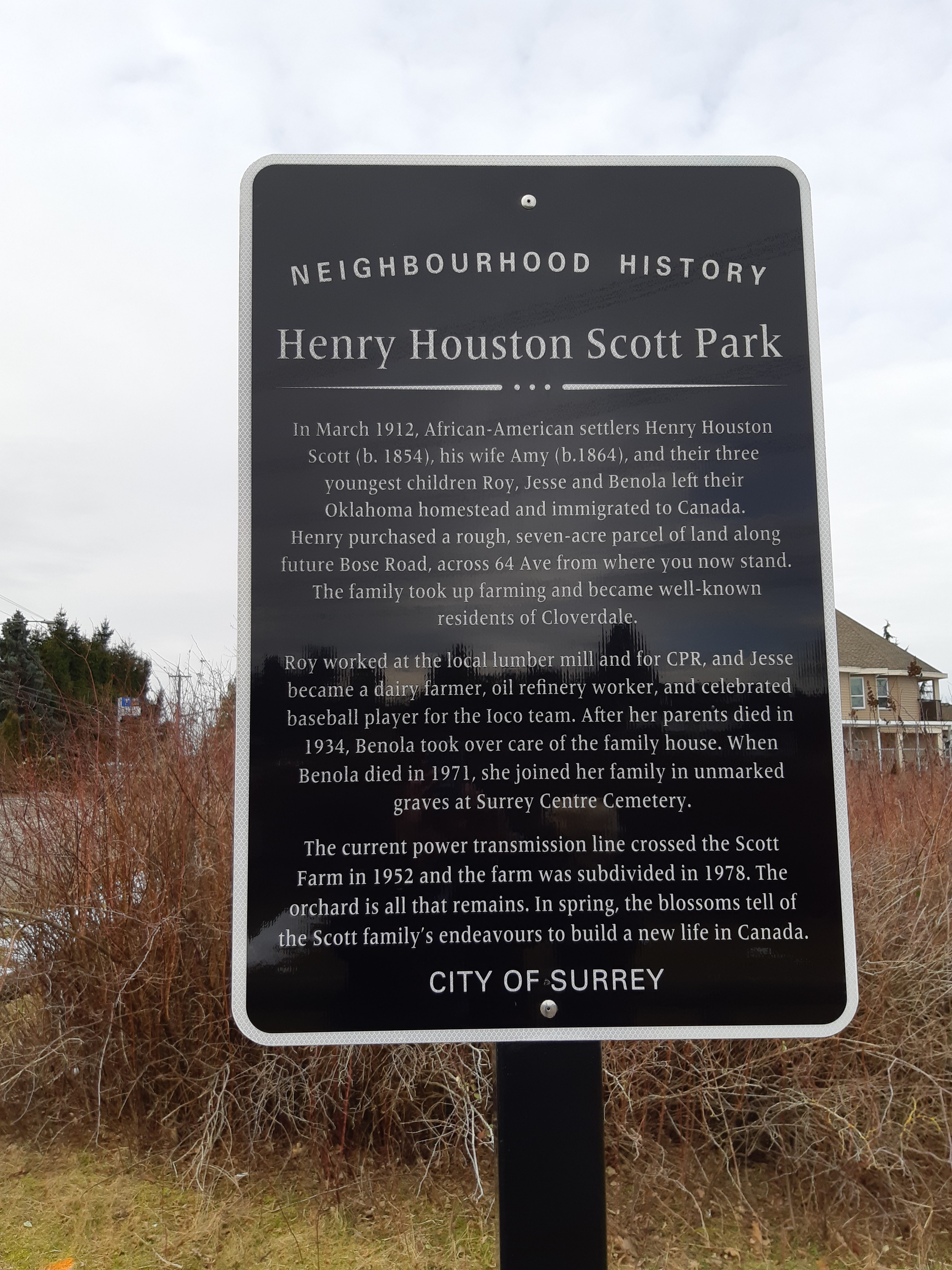 A park in Cloverdale has been named after a significant man and his family who moved to BC from the Oklahoma in March of 1912, a few years after slavery being abolished in the Southern US states in 1865.

A Park on the corner of 64th Avenue and 181A has been named after an african-american settler. Henry Houston Scott Park is on property that once belonged to the man’s family more than 100 years ago. There are still fruit trees on the property that were once a part of the families homestead all those years ago. The Surrey Historical Society installed a heritage sign with the Scott families story at the park on Monday.

Leah and I wanted to take a look from the LOCAL perspective. What we found a pretty great trail that stretches more than 2.1 kms on the site where in Scott family once called theirs. On site was a great sign with a great story to tell about the land we are standing on.

Less than 15 feet from that newly erected sign shows signs that we still have a long way to go in regards to respecting property.

An owner not only couldn’t pick up after their dog, they couldn’t hold that heavy empty coffee cup a few steps more to waiting a garbage can.

Although that can be discarded of and disposed of history cannot. A wonderful tribute to a family that came here for the same reason the rest our families did as immigrants. A chance a better life, prosperity, and a new world.

Dog Poop and discarded Coffee cup free back then, I’m sure.