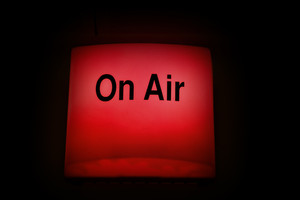 It’s not often we get to talk about another broadcaster working for another company in the same radio market. As matter of fact had I even mentioned anyone but those whom I worked with at my previous employer, it may have not gone over too well.

Working for South Fraser Broadcasting, I am not afraid to talk about a fellow broadcaster.

Congratulations to CKNW’s Jon McComb on his 35th anniversary.

Being frank, how’s he’s managed not to get fire…sorry, asked for early retirement by his (and my former) company is quite surprising given my experience at the office many in the business now call the, ‘Death Star.’

I had the pleasure of getting to know Jon during the olympics of 2010 while other of us were broadcasting from the same house in Whistler. Jon is a very smart man. But not in the sense of, ‘I’m smarter than you’ smart. He’s kind, and asks questions not because he has to, but because he genuinely wants to know.

He made this broadcaster want to ask questions again.

Again, wishing CKNW’s Jon McComb a very happy 35th. May there be many more years to come.