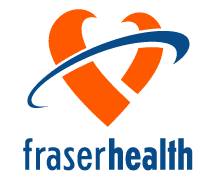 Measles Cases in BC up to 27

Surrey/Vancouver, BC – A new case of measles infection has been identified in the Lower Mainland. Fraser Health and Vancouver Coastal Health have determined that the infection was acquired abroad. Public Health officials from both health authorities are following up directly with those who are known to have been exposed to the virus.

The individual, who lives in the Fraser Health region, was in several public places while they were infectious. Members of the public may have also been exposed if they were on the following flight, or if they spent any amount of time at the following locations between the specific times listed below: