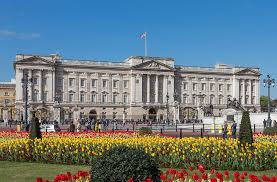 Ever since Ricky Gervais hosted the Golden Globes over the weekend and some of the words he said to the group of Hollywood Elite’ gathered to pick up their foreign press awards, there has been some kind of shift.

And when I say ‘shift’, something seems to be very different in Hollywood and just with being famous overall. (and perhaps SM is to blame too for making stars more ‘like the people’ or ‘human’)
Many celebrities are signing up for Instagram and Dating Sites all presumed only to be used by the commoners and not people with great celebrity and wealth.

Back to the Golden Globes for a minute.

Probably the reason a lot of people were so amazed by his performance was because he got to say things to celebrities that many of us have dreamed about but knew we would never ever get a chance to do so. (Two words he said twice to the audience that particular night stood out to me personally. One at the very beginning and once at the very end)

It seems that we have come to a point in time, when being famous isn’t as cool as it once was.
As a matter of fact, there are two people – a couple – that have just come out and said they’re quitting their positions as senior members of the family business so that they can, ‘forge a new path in the modern world.’

The couple that spent the holidays on Vancouver Island with their new son.

No matter what you think of them or the royal family, a significant announcement today from the palace. Royals saying, ‘we don’t want to be in the royal family in the way it is expected.’

When are you allowed to leave the Mafia?

How are Meghan and Harry permitted to do this?

Can someone please have a word with my 92 year old mother because once she finds this out she is going to lose…her…mind.

In a release from their ‘Insta’ page @suessexroyal a message that read (in part) ‘We now plan to balance our time between the United Kingdom and North America, continuing to honour our duty to the Queen, the commonwealth, and our patronages. This geographical balance will enable us to raise our son with an appreciation for the royal tradition into which he was born, while also providing our family with the space to focus on the next chapter…’

Remember those two words from Ricky Gervais to Hollywood?

Sounds to me like two people just said it to the Royal Family.