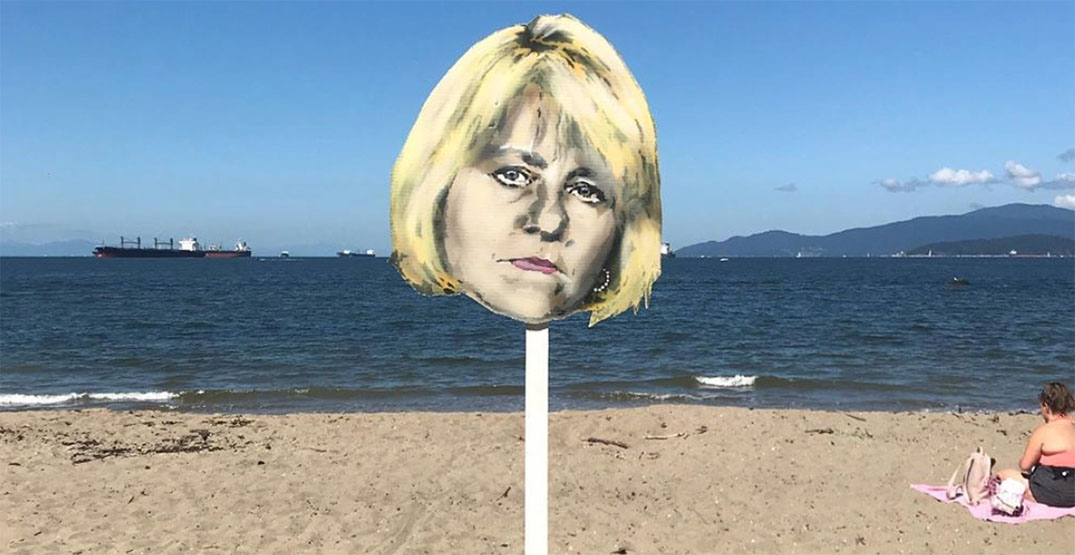 We’ve had another outbreak of COVID-19 cases in British Columbia. Provincial health officer Dr. Bonnie Henry is reporting 81 new cases over the past three days. 15 cases have been found in a new outbreak at Fraser Valley Packers, a blueberry packing plant in Abbotsford

Well it looks like we’re still going to get a hot summer this year. Or this week anyway. Environment Canada has issued a special weather statement for the Surrey and Whiterock area. We’ll be reaching into the low thirties this week. Be sure to stay hydrated and never leave animals or children in parked cars.

Hundreds of people gathered in a Halifax park, demanding a public inquiry into a mass shooting in April. A joint federal-provincial review panel has been announced, but families of victims and womens’ rights groups want more

Surrey Mounties are investigating a crash between an SUV and a motorcycle last evening. The driver wasn’t hurt and the motorcyclist was sent to the hospital for non-life threatening injuries. It looks like driver error, but there is an on-going investigation.

Well it looks like we’re still going to get a hot summer this year. Or this week anyway. Environment Canada has issued a special weather statement for the Surrey and Whiterock areas for this week. We’ll be reaching into the low thirties. Be sure to stay hydrated and never leave animals or children in parked cars.

You might want to be careful when shopping at the Real Canadian Superstore in Surrey. On the 20th an employee was tested positive for the Coronavirus. They’ve since cleaned the entire store and are enforcing social distancing more strongly.

Dr Bonnie Henry will be updating us at 3pm today on how we did over the weekend – as of Friday there were 27 new cases of COVID-19 here in BC.

Four flights from Vancouver may have left passengers exposed to COVID-19 – passengers are asked to self isolate for 14 days – Here are those flights:

RCMP have confirmed an adult drown on Saturday in Entrance Bay at Cultas Lake – next of kin has not been notified so no name has been released yet.

Several people are in the hospital after a serious multi-vehicle crash on the Sea to Sky highway Sunday afternoon around 1pm leaving the highway closed until around 10pm. RCMP asking that people slow down.

Animal rights activists gathered at the Vancouver Zoo yesterday, after, Oakleaf the moose was euthanized – some saying that it wasn’t until it was called in by the public on how emancipated the moose looked –  that the zoo did anything. Zoo veterinarian Dr. Bruce Burton says the decision was made after working with Oakleaf for the last few months to no avail.

Ryan Reynolds has stepped up, offering a $5000 reward  to help Vancouver woman Mara Soriano find her stolen teddy bear, – the bear, with a recording of her deceased mother’s kind words was in a bag with some of her other items  put down in the midst of moving and taken. Mara is not worried about the other lost items but asking that the bear be returned.

iHeart, the anonymous Vancouver street artist group –  have  given beachgoers at Vancouver’s Third Beach a pair eyes to watch over social distancing.  A painted Dr Bonnie Henry has been posted at the beach  by the group as a gentle reminder that although we might be over Covid, it’s not over us.