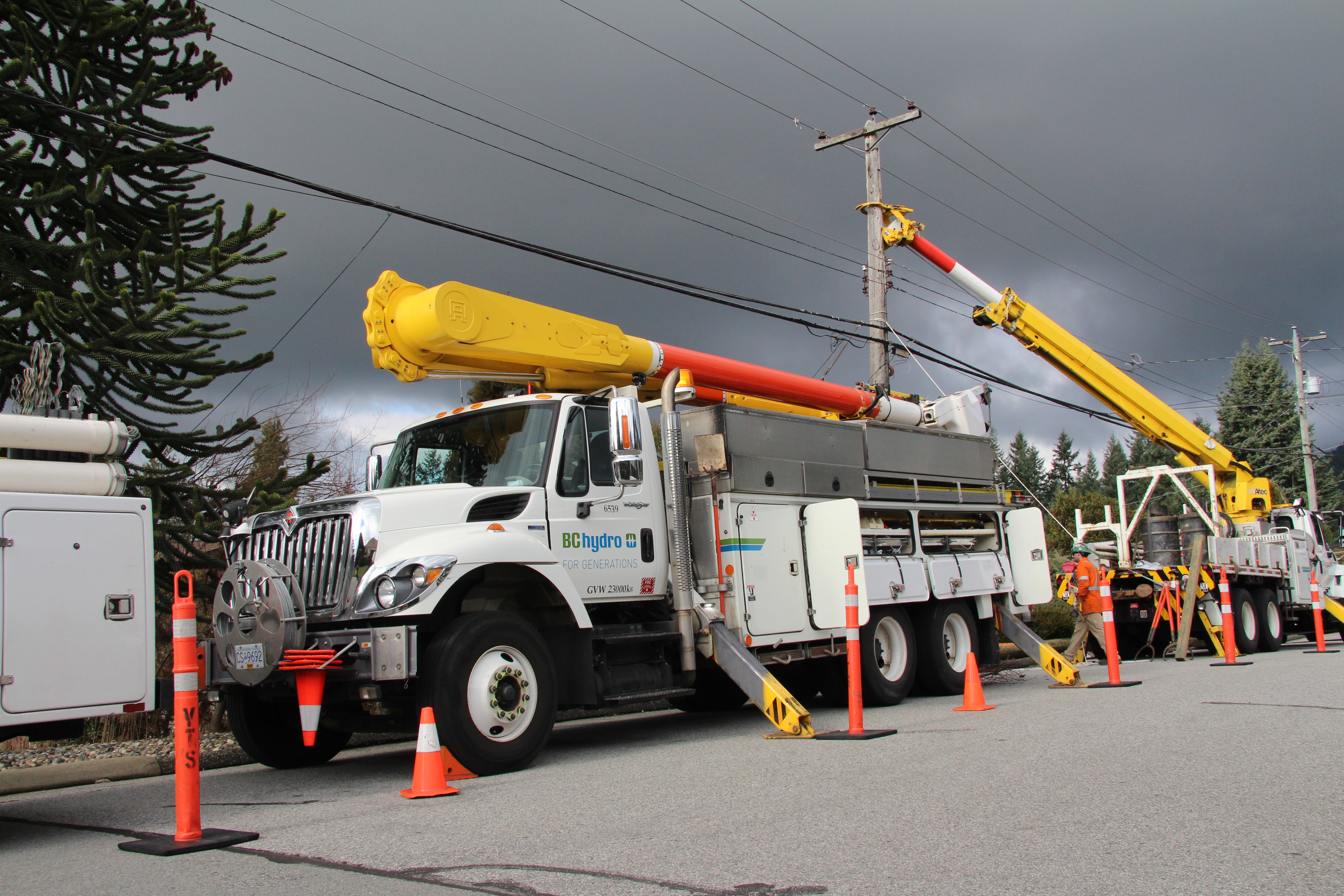 257 Wooden Power Poles are being replaced in Surrey

SURREY: BC Hydro crews are replacing more than 8,000 wooden power poles across B.C. this year, including 257 in Surrey as part of its ongoing maintenance program.

The average lifespan of a wooden power pole is 40 to 50 years, with many lasting much longer. In fact, more than 10 per cent of BC Hydro’s poles are more than 50 years old. One of the oldest utility poles in the province is located in the Lower Mainland and has been in operation since 1931 – eight years before the Second World War began.

Adverse weather, insects and wildlife all contribute to the deterioration of the poles over time, which results in them needing to be replaced. To ensure the safety of our crews and the public, BC Hydro may need to disconnect power when replacing aging power poles. Crews will notify customers in-person, or by mail or phone about these scheduled outages for maintenance.

BC Hydro has about 900,000 wooden poles that hold more than 58,000 kilometres of overhead distribution lines and 278,000 overhead transformers across the province. Replacing power poles is one of the investments BC Hydro is making to its aging infrastructure to improve the safety and reliability of the electricity system.