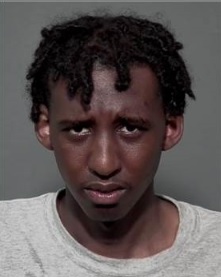 Police are announcing a $50,000 reward for a man wanted on a Canada-wide warrant.

Surrey RCMP made public the reward, made possible through the Bolo program and Crime Stoppers, for the arrest of Meaz Nour-Eldin.

“There’s nowhere to go and we will apprehend you sooner or later.,” said RCMP Insp. Cliff Chastellainet. “So just do the right thing: call a lawyer, and turn yourself in. To the relatives, friends and associates of Nour-Eldin, I want to remind that you may faces charges for accessory after the fact if you assist Nour-Eldin in evading arrest.” said Inspector Cliff Chastellaine, Surrey RCMP Major Crime Unit.

The charges stem from an investigation by the Surrey RCMP Serious Crime Unit which began on July 4, 2019. At approximately 7:30 that morning, police received a report of the alleged kidnapping of an adult male victim from Surrey. The victim was subsequently located the morning of July 5, 2019, and taken to the hospital for the treatment of non-life threatening injuries.

As a result of the investigation police identified 4 suspects and charges of kidnapping, unlawful confinement, aggravated assault, robbery, and firearms offences were laid on July 25, 2019.

Three of those suspects have been arrested. A Canada Wide warrant for the arrest of Meaz Nour-Eldin was issued on July 29, 2020.

In addition to the charges Meaz Nour-Eldin is facing in Surrey, he is also wanted on further provincial warrants in British Columbia, Alberta, and Ontario related to drug trafficking, human trafficking, and sexual assault.

The public is strongly advised not to attempt to apprehend Nour-Eldin. Anyone who sees him on the street is asked to call 911 immediately.
Anyone with information about Nour-Eldin’s whereabouts is asked to call 604-599-0502. To remain anonymous, please contact Crime Stoppers.

To be eligible for the $50,000 reward, please report your sightings / tips to 911, Surrey RCMP or Crime Stoppers.

For more information on Bolo Program please visit their website.