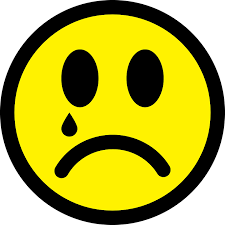 A Feeling Of Shame

I’ve been hesitant to comment on the horrible situation in which a young man at a skate park in Langley was tragically killed by an overdose last week. The reason I have chosen not to mention it until now is probably the same feeling of rage and disappointment. I think the majority of us feel after learning what happened to this young man.

Although there is no proof, and everything is allegations at this point, the fact that ANYONE would taunt a kid until he agreed to take a lethal amount of drugs is beyond sad, it’s murder.

There is no killer here. The 14 years old was killed by his own misadventure.

The parents of the children who didn’t bother to call until the kid was almost dead have to take some accountability as well.

When I was growing up, my parents never taught me about anything. Life, Sex, Finances, Drugs…but they did teach me that being good and kind to a fellow humans and animals is just what you do.

Some parents don’t even seem to even care about any of that anymore.

What a sad state of affairs this world has fallen into. And after this specific incident we know that it’s a lot closer to home than we ever knew.

Let’s learn from this.

We owe it to Carson and his family.