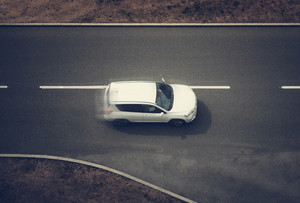 You may have heard about the incident that happened at the Canadian Border over the weekend. Peace Arch border crossing. A 21 year old man driving a vehicle with Oregon plates didn’t stop and somehow made it all the way downtown before Vancouver Police and a minor accident with another vehicle stopped him.

The question is, how did he make it all the way downtown?

According to Canadian Border Services, they’re not permitted to give chase to anyone who has crossed illegally into the country. All they can do is call local police and have them deal with the issue despite having the vehicles to do the job. They had to call Surrey RCMP. They did and somehow the vehicle and it’s driver made through them. Vancouver Police were called and informed about 45 minutes after the illegal crossing.

Can anyone explain to me why our border guars aren’t allowed to pursue anyone who crosses our border illegally?

American Border Guards can, and on occasion have had to. By changing this rule for Canadian Border Guards, we’ll all certainly sleep a little better at night.