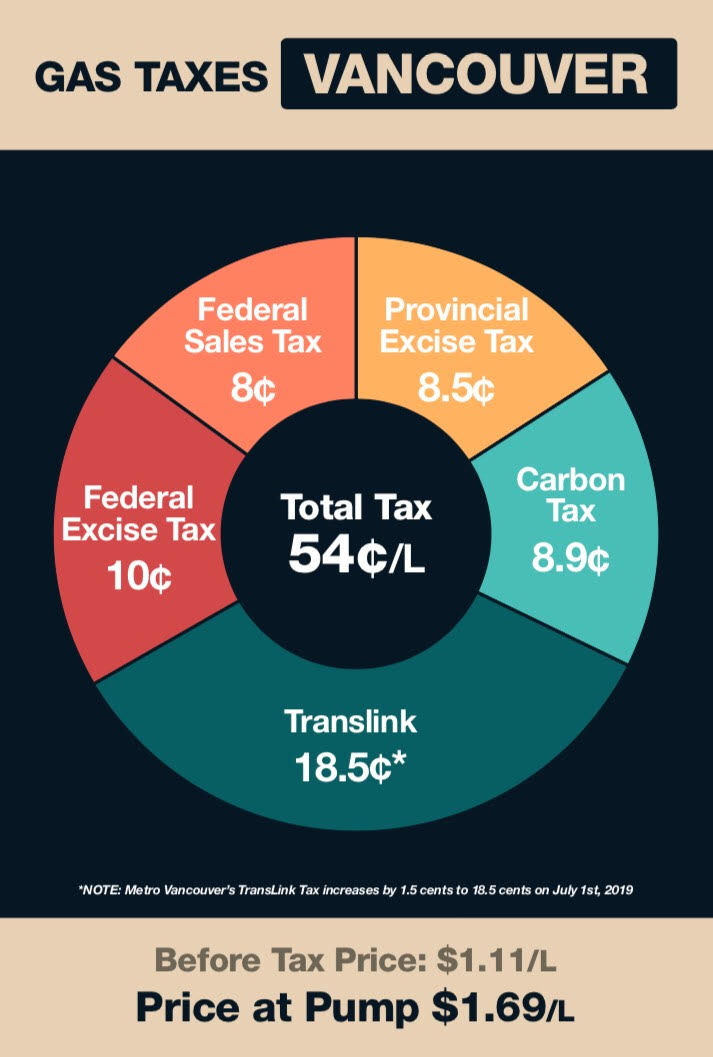 B.C Drivers Getting Hosed at the Gas Pump

The Canadian Taxpayers Federation released its 21st annual Gas Tax Honesty Day report Thursday to show B.C. drivers how much politicians are hosing them at the gas pumps.

“B.C. drivers are being taken for a ride by politicians who are using them like tax-grab ATMs,” said Kris Sims, B.C. Director of the Canadian Taxpayers Federation. “Metro Vancouver drivers will be paying 54 cents in taxes per litre of gasoline this summer.”

Drivers in Metro Vancouver and in Victoria’s capital region pay six different taxes to three levels of government, while the rest of B.C. forks out five different gasoline taxes.

The Canadian Taxpayers Federation wants the B.C. government to cancel the carbon tax and reduce the Metro Vancouver TransLink tax to 10 cents per litre. The CTF also wants the federal government to axe the federal excise tax and eliminate the unfair tax-on-tax. These changes would save Metro Vancouver drivers about 27 cents per litre, $20 in savings when filling up a minivan.

The prices B.C. drivers are paying at the gas pumps stand in stark contrast to prices in Washington State. Drivers in Seattle pay about $1.18 CAD per litre for their gasoline, while drivers in Metro Vancouver are paying about $1.69 CAD per litre. That’s 50 cents difference between the two comparable cities, and it means Vancouver drivers pay $35 more to fill up a minivan or a family sedan.

“Politicians say they care about these record-breaking gasoline prices, while they block pipelines and jack up taxes,” said Sims. “British Columbians are planning their summer road trips to places like the Island and up north, and the Kootenays, but with these gas prices they might not be able to afford it.”

To read the full report on Gas Taxes in Canada click HERE.