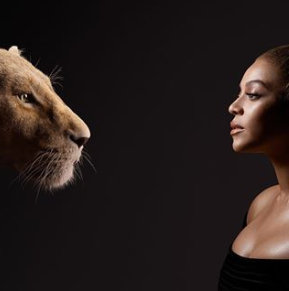 Beyonce released a song this morning called ‘Spirit’ that’s one of a dozen songs on  ‘The Lion King The Gift’ album coming out.

As if her sneeky skills aren’t impressive enough, she also co-produced the album which will be released on July 19th, the same day the Lion King movie debuts in theatres featuring Beyonce as Nala!

Here’s the song, give ‘er a listen.

Honestly I’m loving it! I miss the ol’ Beyonce who used to do more ballads like ‘If I were a Boy’ or ‘Halo’ so I will definitely be adding this one to the playlist.

But wait! Queen Bae isn’t done just yet! Hold on Lion King fans!! She’s also apparently releasing her version of ‘Can You Feel the Love Tonight’ tomorrow (July 11th). I can only imagine how beautiful her vocals will sound, that song makes me cry everytime ha.

What do you think of Beyonce’s new song? Join the conversation at 107.7 Pulse FM on Facebook!