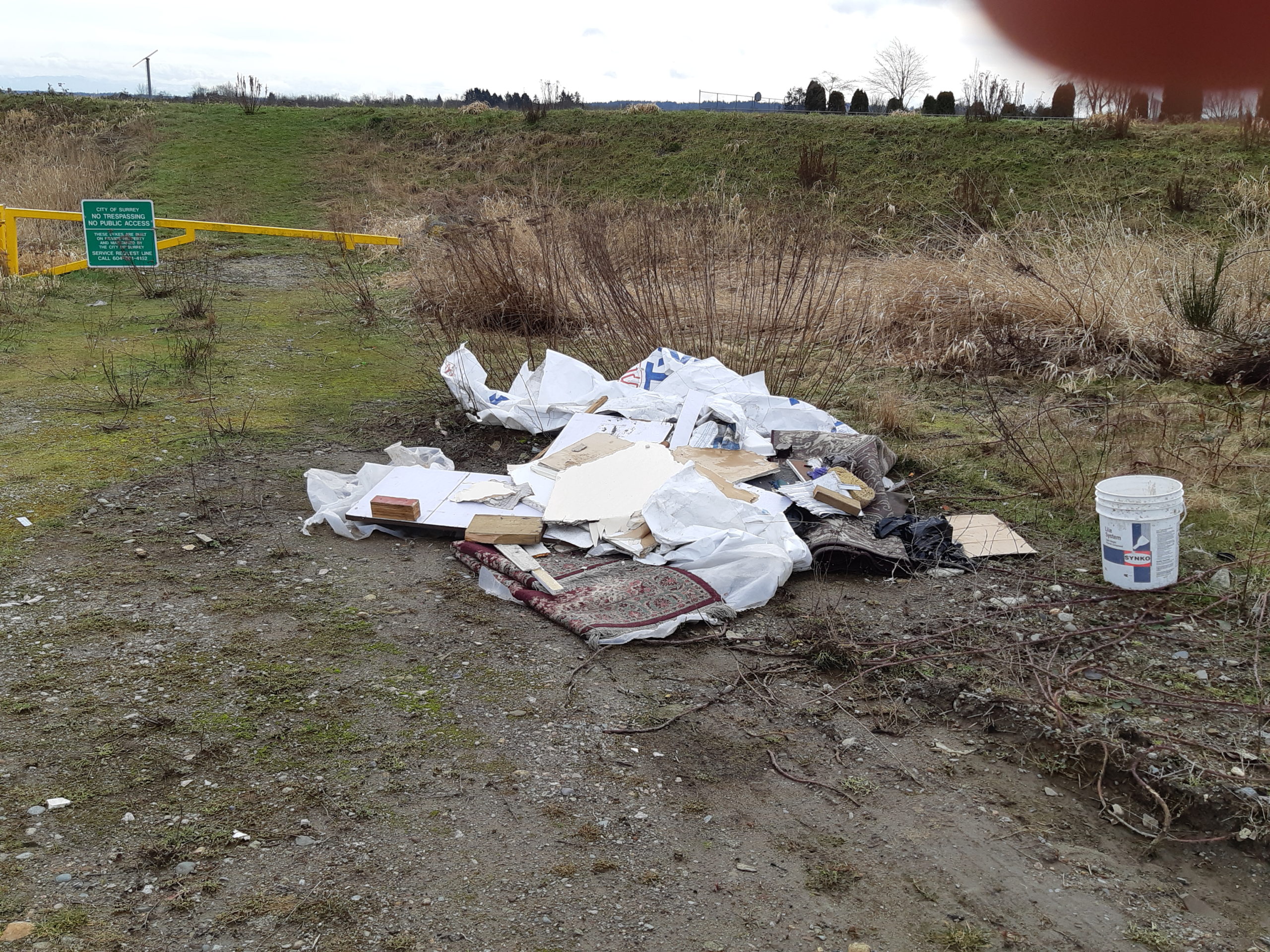 The City of Surrey has stepped up efforts in reducing the amount of illegal dumping in this city, but one doesn’t have to walk far to see the trash strewn in remote locations.

Along Colebrook Road and remote areas of Bridgeview in North Surrey, people are still dumping waste in at roadsides.

It’s long been an issue in Surrey, one that has historically cost about $10,000 a month to clean up. Taxpayers are picking up the tab.

Surrey has launched several initiatives in an attempt to slow the illegal dumping. Those include increasing large item pick up at curbside from four to six items annually. Also, several items previously not allowed are being picked up, including electronics and small appliances. The service has also been extended to people living in apartments.

The city is also creating a residential drop off near 152 Street and 67 Avenue for easier disposal.

The cost of annual pick up of illegal dumping was $1 million four years ago, and has since dropped to $630,000 last year thanks to the mitigation efforts.

The city is also looking at new closed circuit TV cameras for enforcement.

All of this is hoped to greatly reduce the amount of illegal dumping and the associated costs.

Members of the public are encouraged to report items they see illegally dumped through the city’s request for service app, through the city website at surrey.ca or by calling 604-591-4152.