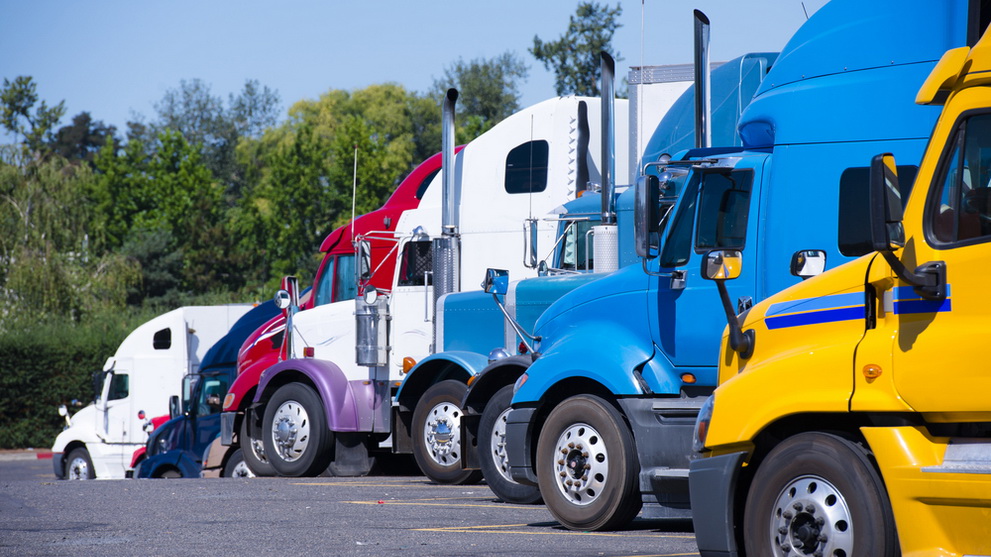 Surrey is once again trying to curb illegal truck parking in this city, but some provincial trucking associations say much more has to be done.

Surrey created a Truck Parking Task Force last December in an effort to address the problem which has dogged this city for decades.

The city estimates there are 6,ooo trucks in Surrey roaming for legal places to park, and that number is growing.

It’s illegal for big rigs to park on city streets, however, legal parking is extremely sparse. And several attempts over the last 20 years have done little to address the problem.

Surrey has considered several fixes, including allowing trucks to park under power lines, spot zoning commercial areas of the city for truck parking, and softening requirements for new parking lots.

All measures have done little to stem the tide of trucks roaming Surrey for a legal place to park.

United Truckers Association’s Gagan Singh will be approaching the city with a proposal this month for a co-op model of parking. Under the plan, Surrey would offer the truckers a parcel of land near Highway 17 under a long term lease. The truckers would pay for all operations, and would return the land to the city after an agreed upon lease term.

Singh says it would provide about 100-to 150 spots for container trucks.

Asked Monday night about the United Truckers Association plan, Mayor Doug McCallum said it would be up to the Truck Parking task force to review, then it might be brought to council for consideration.

Most agree, something has to be done soon to address the truck parking problem in Surrey.

Dave Earle, president and CEO of the B.C. Trucking Assn. told Pulse FM a brand new approach will are necessary if there is hope of a fix.

“A comprehensive approach needs to be taken,” Earle said Monday. He said the city needs to start using light industrial zoned property for truck parking. Sadly, he said, there’s a critical shortage of industrial land in this region.

“We will not have any industrial lands to be developed inside a decade,” Earle said. More property must be zoned industrial in the Lower Mainland. “We have the lowest industrial land vacancy in North America.”

The creation of truck parking areas in Surrey has not come easy.

In 2015, environmentalists were surprised when the city proposed using a gravel pit by the fish-rich Campbell River for a truck parking facility. The idea was later abandoned, and the truck parking problem remained.

Surrey council heard an update on the issue Monday from its new task force.

The report comes after public engagement, trying to get an handle on the scope of the problem and possible fixes.

The city heard that current parking rates are too costly and that there’s a tremendous shortage of available parking.

The report draws from “best practices” in other municipalities throughout North America.

Some of the measures include, city support of private truck parks, optimizing space in existing parking lots and supporting existing businesses to lease out excess parking stalls for big rigs.

“Following further engagement with other agencies, stakeholders and the public, the Task Forcee will submit a report in December for council’s consideration that will summarize potential actions that can be taken to help address the shortage of authorized parking,” the report states.