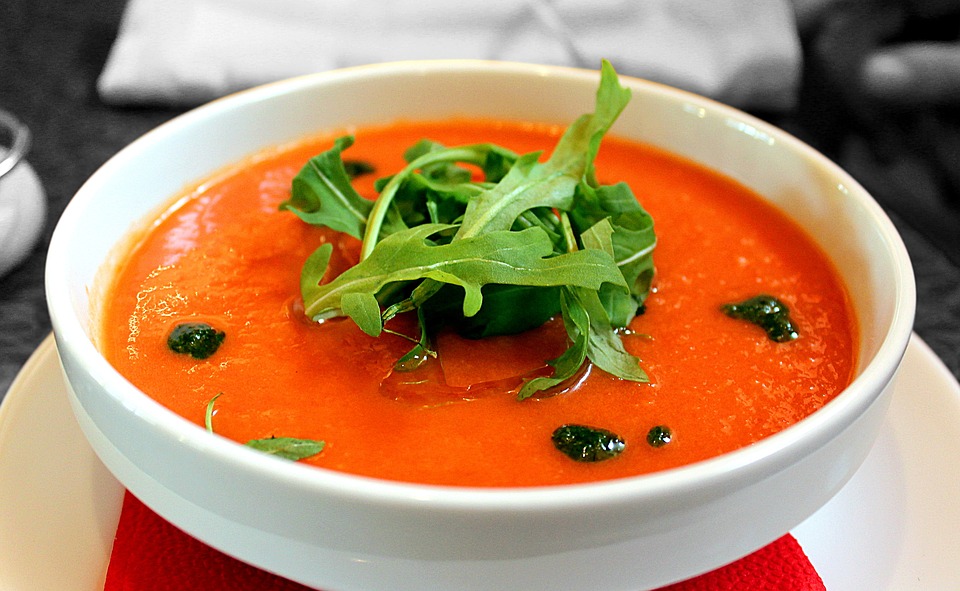 On Tuesday night I thought I would up the ante and cook a creamy tomato soup and sweet potato curry dish for my boyfriend Deryck. I confidently drove to Price Smart, bought all the specialty ingredients (at least $40 worth, gulp!), got home and fired up the stove.

Ten minutes into my soup making session I realized it was going south fast. For some reason the recipe called for way more veggies than broth so in no time it started to look like a chunky stew. And the flavour! No matter how much garlic I added  to it it just tasted it just tasted like water. Derrick still ate the lumpy mess. Gotta love hungry tradesmen but it hardly looked like the photo above!

Feeling deflated but not defeated I picked myself up and moved onto the main dish. A coconut milk sweet potato  medley. Seems simple enough, what could go wrong! I prepped the veggies, tossed them in spices as per usual, went to open the can of milk and….it’s solid. A solid brick of milk. Maybe it went bad? Maybe this is some new trend?  Either way you can’t make a coconut milk dish without the COCONUT MILK!!

I could’ve tried melting it down or adding water or something to be honest at that point I was too flustered and near tears as the clock rounded 8pm to do anything at that point. So we ordered pizza. It wasn’t the exotic dine in I was aiming for but that’s what you get trying to attempt two new recipes in one night.