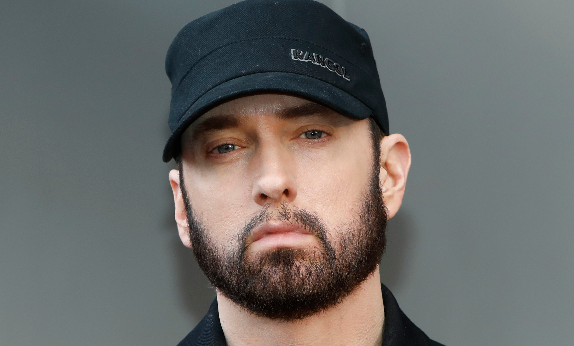 Eminem Promotes for Voters to ‘Lose Yourself’ and vote Biden in new ad!

With a day to go until the U.S election, celebrity endorsements on whether you should vote for Trump or Biden are at an all-time high – including Eminem!

For the first time ever, the rapper gave permission for his song’ Lose Yourself’ to be used in a new ad out Monday promoting Joe Biden for President.

The ad, called ‘One Opportunity’ – is hoping to spread the message to Americans that this is your ‘once chance, your own opportunity’ to reclaim your country and vote Trump out!

Eminem has been pretty vocal about his distaste for Trump over the years, releasing a song called ‘No Favors’ in 2019 where he raps “Trumps a sh**, I’ll make his whole brand go under.” The year before that he slammed him repeatedly in an eight minute song called ‘Campaign Speech’

If last election is any indication, Eminem’s home state of Michigan could use all the help it can get, with Republicans winning by 2%  in the 2016 election!! Whether Eminem’s voice will be enough to garner a Democratic win, wait and see!!

Honestly, songs are great and all, but if the guy wants to gain some serious votes, just promise a lifetime supply of Mom’s spaghetti! SOLD!