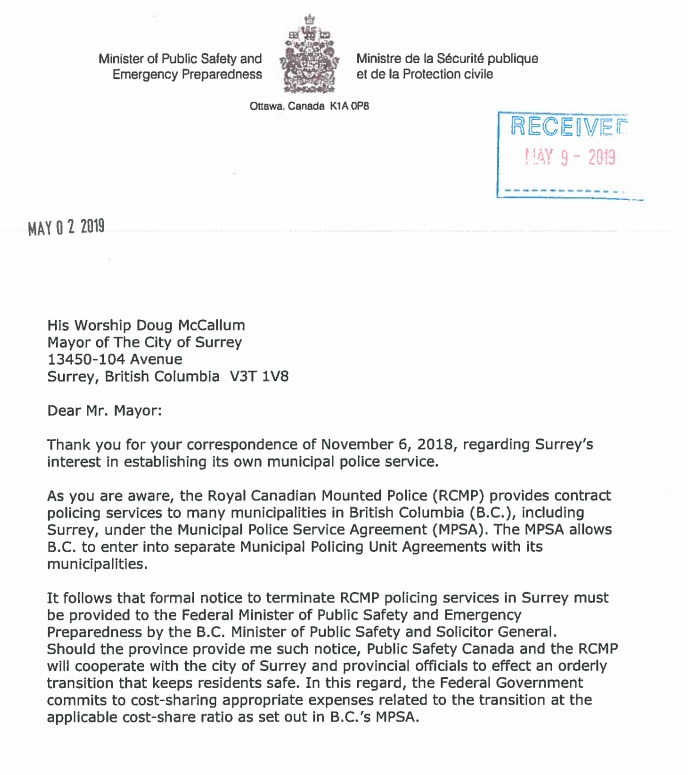 Canada’s Minister of Public Safety and Emergency Prepardness says he is ready for the Federal Government to commit to cost-sharing the expenses related the transition from the Surrey RCMP to a local Surrey Police Force.

But, only once this is approved first by the province.

Ralph Goodale wrote his letter of approval addressed to Surrey Mayor Doug McCallum last month, after having a conversation about the transition back in November.

That letter was released to the public this week.