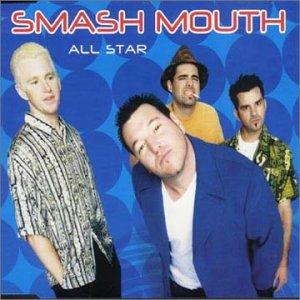 By The WebmasterFebruary 2, 2018General, News
No Comments

My Flashback 90’s song All Star came out in 1999 by American rock band Smash Mouth. It is one of the group’s most successful songs, peaking at #4 on the Billboard Hot 100 and making it to #2 on the Canada Top Single Chart and #6 on the Canada Rock Chart. The music video had many star cameos like William H. Macy, Ben Stiller, Hank Azaria, Diane Rehm, Paul Reubens, Kel Mitchell, Janeane Garofalo, Doug Jones and Dane Cook.

If you could choose a Flashback 90’s song what would it be? Let me know here.