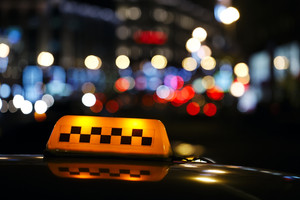 It seems as if Mayor McCallum has his way, we’d stick Surrey in the 1990’s and never move forward. The Mayor doesn’t want cannabis stores, and now he doesn’t want ride sharing.

“I do not support ride-hailing.”

The release goes on to say:

“In the wake of the Passenger Transportation Board announcement of further ride-hailing regulations in B.C. last week, my position has remained consistent for years: I do not support ride-hailing. These new regulations would allow ride-hailing companies the ability to pick up across boundaries, while the taxi industry must abide by limits. This would create an unlevel playing field. I am also not in favour of allowing unlimited fleet size for ride-hailing companies. This lack of regulation will negatively impact the environment and increase congestion. It will also negatively impact the existing taxi industry, who has loyally served Metro Vancouver’s residents for decades. I have sent a letter to Premier John Horgan voicing my concerns and will continue to advocate for the taxi industry.”

Let’s be clear on this, the taxi industry clearly has Mayor McCallum in it’s back pocket along with a ton of builders in this community who have the mayor’s rubber stamp on their building projects.