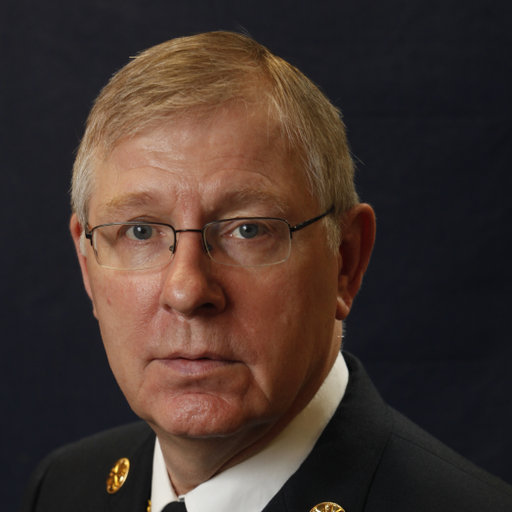 Former Surrey Fire Chief Len Garis has been recognized for his groundbreaking work in evidence-based decision making while he was at the City of Surrey.

The Canadian Association of Fire Chiefs awarded Garis with the Fire Chief Researcher of the Year, the first time the honour has been given.

The Fire Chief Researcher of the Year award recognizes the contributions Garis made in elevating the Surrey Fire Service through evidence-based decision making to further improve service to the community.

“The Surrey Fire Service has become a premier firefighting department that is often emulated nationwide, and this is largely due to the leadership of Len Garis,” said Mayor Doug McCallum. “Surrey has been fortunate to have a fire chief that has played such a significant role in advancing the safety of those who live and work in in our city. I want to congratulate Len for this well-deserved award.”

Under Garis’ guidance, the Surrey Fire Service has evolved into a modern, efficient and effective fire department that leverages data and technology to enhance the safety, health and well being of both citizens and those in the fire service.

“This special award highlights a unique aspect of Len Garis’ tenure as Surrey’s Fire Chief,” said Surrey City Manager Vincent Lalonde. “His ability to harness data and technology to advance the level of service of our fire department delivered safety improvements to our citizens that are unparalleled. As a result, Surrey has benefited from Len’s work with several innovate programs such as the Working Smoke Alarm campaign to his use of data to help stem opioid overdoses.”