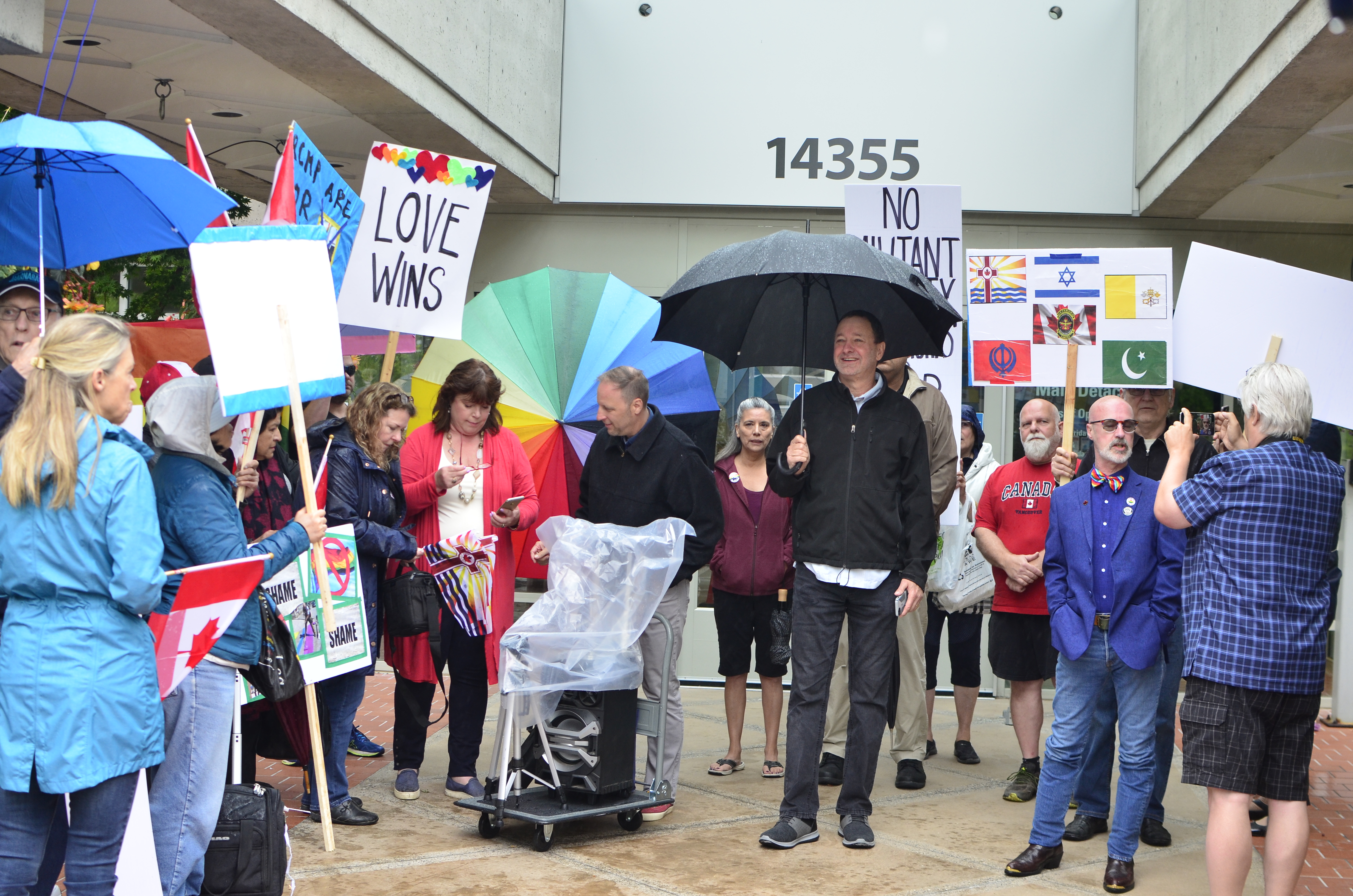 The Surrey RCMP raised a gay pride flag at the main detachment Monday amid a mix of about 70 protesters and critics.

The rainbow flag, a symbol representing the LGBTQ community, was raised at the Surrey Mountie offices to honour gay pride week and equal rights for all.

That’s not how everyone attending saw it.

“There is no reason to fly the gay parade flag,” one man at the event told Pulse FM. “We respect everyone. For us, sexual preference doesn’t make any difference any way.”

He said the RCMP should be treating everyone equally, not favouring one group or another.

Kari Simpson, a local activist, spoke said she before the flag raising that she was sure the Mounties wouldn’t go through with it.

“We have every confidence that the RCMP will reconsider what they are doing,” Simpson told the crowd.

“What’s your point, that Canada is not inclusive?” asked a man who was carrying a sign scribed, “Proud father of a gay daughter.”

Martin Rooney, of the Surrey Pride Society, brought a gay pride event to Surrey 20 years ago. He got a hostile reception at the time.

“We were unaware when we set up the parking lot and hall that we were under potential attack,” Rooney told the crowd. He was informed by the Surrey RCMP that a white supremacist group had presented a real threat to the group.

“I really appreciate the relationship Surrey Pride has had with the RCMP over the last 20 years,” Rooney said, standing under the raised flag. “I thank the RCMP… I look forward to many more years with the RCMP.”

“Even a small but symbolic act of the Surrey RCMP raising the pride flag, sends a message to youth that you don’t have to be in isolation and be alone,” Sangha said. “You are welcome in the community and the police is going to support you.”

Surrey council will be proclaiming pride week on Monday night.

Surrey will not be flying the pride flag, but lights up the plaza with rainbow colours outside city hall.