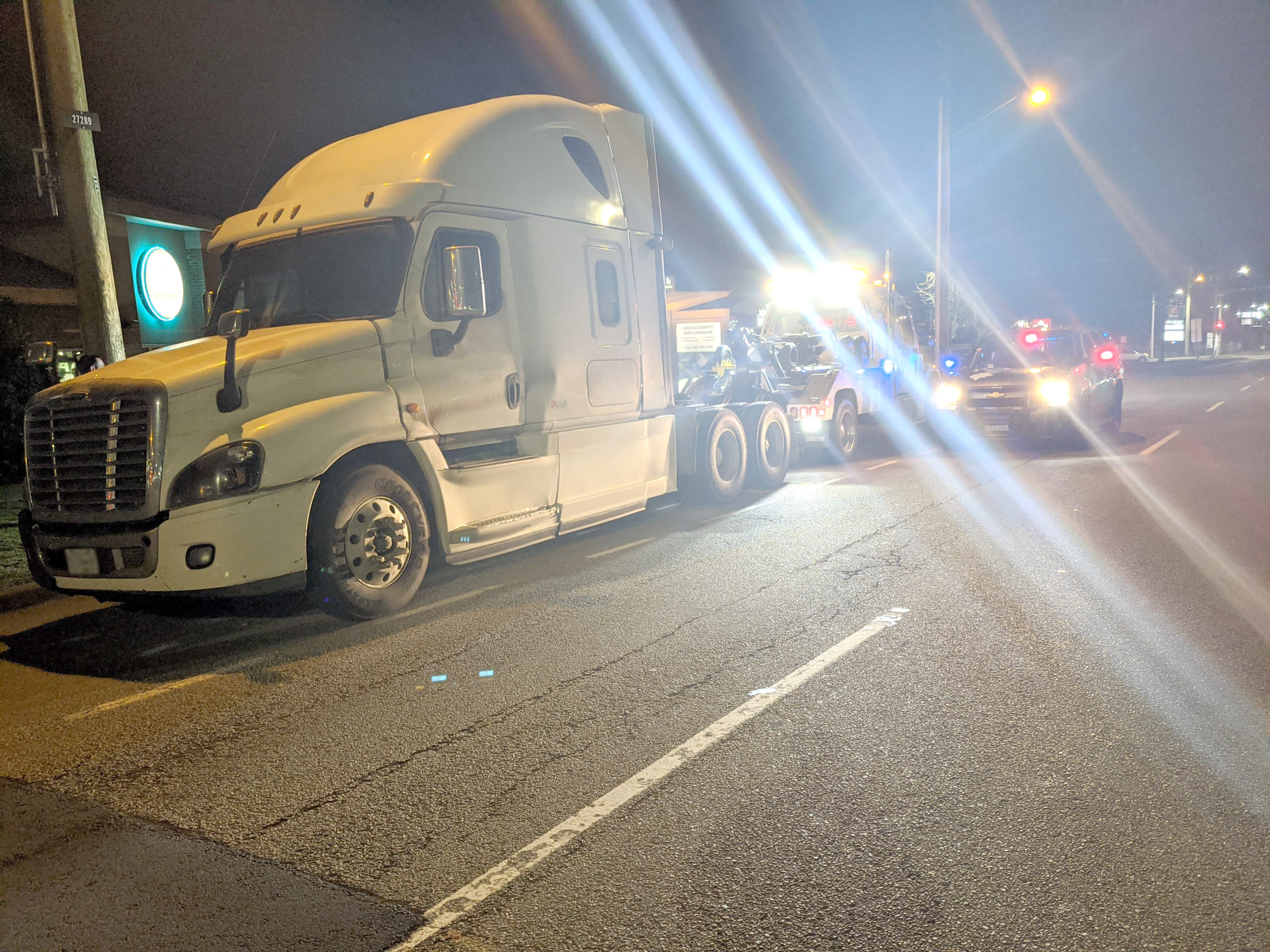 On March 4, 2020, just before midnight, Surrey RCMP Traffic Services were patrolling near Fraser Highway at 160 Street in the Cloverdale area, and noticed a semi truck that was driving without its headlights on. A traffic stop was conducted and the 35 year-old male driver was found to be impaired while operating the truck. The driver was issued a 90-day Immediate Roadside Prohibition and the truck was impounded for 30 days.

This incident follows shortly after a significant commercial vehicle enforcement blitz by the Surrey RCMP and various law enforcement partners that resulted in the inspection of 33 commercial vehicles, where 9 vehicles were fully removed from the road and 11 were cited for various defective conditions.

“To find this impaired commercial vehicle operator, as well as a large number of mechanical violations is concerning,” says Sgt David CHU, Surrey RCMP Traffic Services. “Commercial vehicle inspections and sobriety checks for all operators of conveyances such as taxis, buses and commercial vehicles may be conducted at any time. We will continue our enforcement actions to make our roads safer for all.”