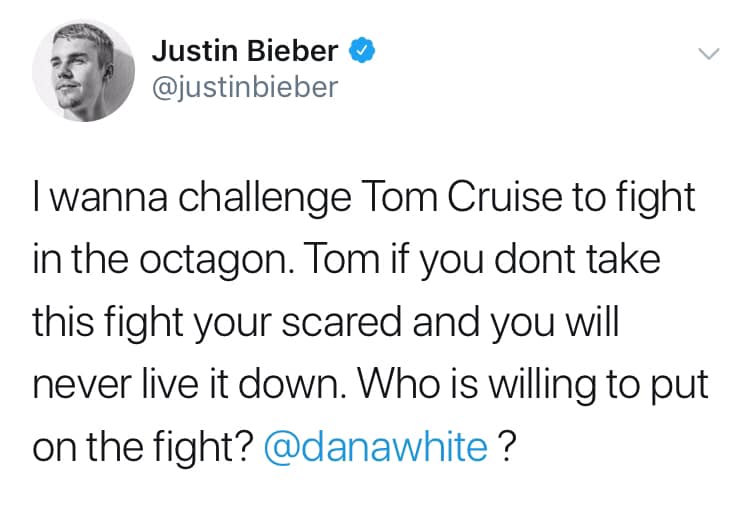 Justin Bieber vs Tom Cruise… who will win?!

On Sunday, pop-sensation Justin Bieber tweeted out a simple challenge to Tom Cruise: “I wanna challenge Tom Cruise to fight in the octagon. Tom if you dont take this fight your scared and you will never live it down. Who is willing to put on the fight? @danawhite ?”

Justin Bieber even went as far as to tag Dana White, President of the UFC.

With this challenge coming seemingly out of the blue, people are questioning where Bieber got the idea to tweet about this. A dare? One Twitter user mentioned that maybe Justin had seen Top Gun for the first time and got revved up to fight Tom because of that.

Though Cruise is 56 years old, he also has done his own action stunts throughout the years and remained in great shape due to intense training and nutrition routines.

Meanwhile, Bieber seems to be in great shape… but does it match up to Tom Cruise’ years of expertise?

Who do you think will win?