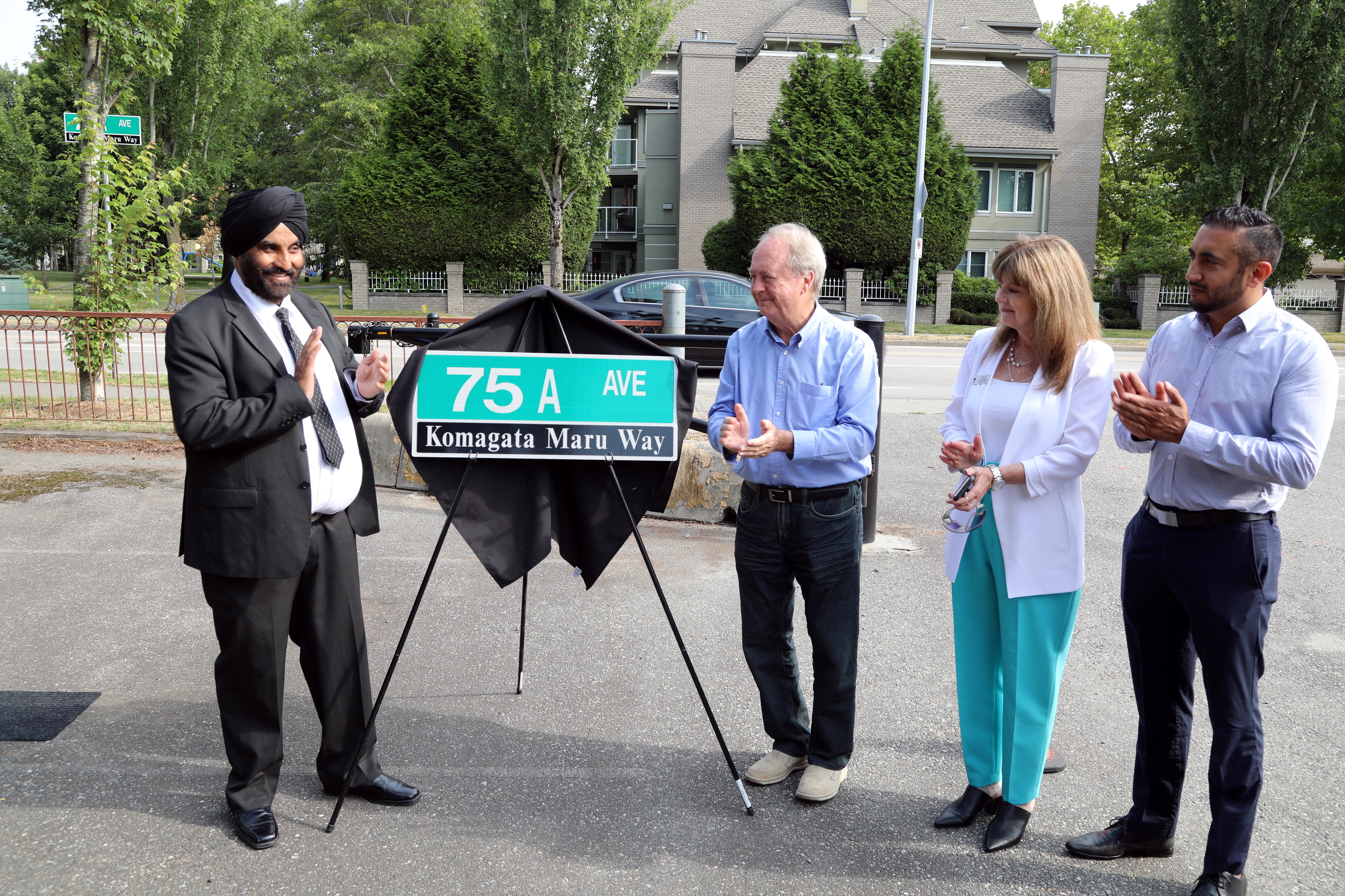 By Vanessa YbarraJuly 31, 2019News
No Comments

On July 8th, Surrey City Council approved the commemorative naming of a Surrey street to remember the victims of the 1914 Komagata Maru incident. The installation of the commemorative street signs that say Komagata Maru Way on 75A Avenue between 120 Street and 121A Street have been installed and officially unveiled today by Mayor Doug McCallum.

“Today, Wednesday July 31st, Council put into action what we approved a little over three weeks ago to name a Surrey street to remember the victims of the Komagata Maru incident,” said Mayor Doug McCallum. “Komagata Maru Way is proof that the citizens of Surrey will not forget the injustices of the past and that we are a city that welcomes and embraces people from all over the world.”

In addition to the commemorative street name signs, Council also approved the installation of a storyboard at R.A Nicholson Park, explaining the history of the Komagata Maru and a city project to document the history and contributions of the earliest South Asian residents in Surrey.