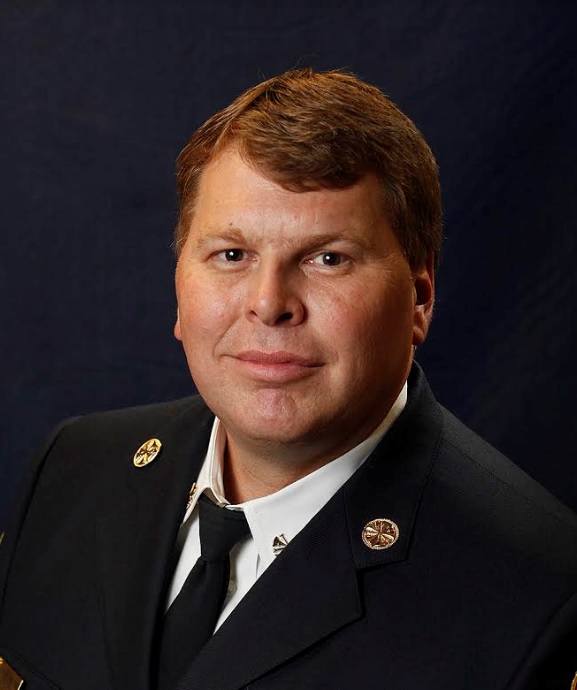 A Surrey firefighter of three decades has just been named to head the Surrey fire service.
Deputy Fire Chief Larry Thomas was promoted to Surrey fire chief on Wednesday, June 12, and will begin as chief on July 1.

Thomas steps in to fill the boots of Fire Chief Len Garis, who is retiring, after 21 years of service in this city.
Surrey Mayor Doug McCallum said Thomas is a natural fit as the Surrey fire service moves forward.
“As a long-time and senior member of the Surrey Fire Service, Larry Thomas brings a strong strategic mindset and values-based leadership to his new role of Fire Chief”, McCallum said. “The City of Surrey is very fortunate to have such an experienced and accomplished professional to lead our firefighters and carry on the valuable work initiated by Chief Garis.”
Thomas has held the positions of Firefighter, Fire Suppression Captain, and Deputy Chief of Operations.
In his new role, Thomas will be responsible for leading the Surrey Fire Service in the delivery of fire suppression, first response, protection, education, prevention and safety services for residents and visitors of Surrey.
Thomas also serves as the Lower Mainland Zone Director for the Fire Chiefs Association of BC and is the Vice President of the Greater Vancouver Fire Chiefs Association.
Former City Councillor and firefighter Mike Starchuk also had strong praise for Thomas in the new position.
“With regards to someone that knows the fire service in Surrey, there’s probably no one that comes close to comparing,” Starchuk said.”All the people that he’s working with are people he’s been shoulder to shoulder with. I think it’s important for somebody who is in the top spot can say that they’ve walked a mile in somebody else’s shoes.”
Raised in Surrey, Larry currently calls South Surrey home. He also volunteers his time as Director, Board Vice Chair and Finance Committee Chair for the Surrey Hospital Foundation.