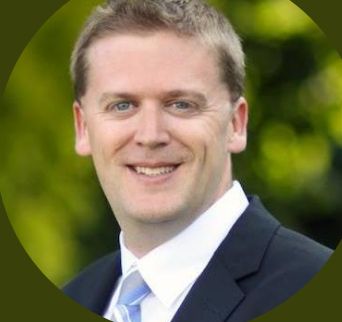 By Vanessa YbarraJuly 25, 2019News
No Comments

There was plenty of varying thoughts and discussion at the Translink Mayors Councils public meeting on regional transportation Thursday morning.

A large chunk of the meeting centered on whether or not to move forward with the City of Surrey’s plan to extend the skytrain further east into Fleetwood and down the road, Langley as part of Phase 3 of Translinks 10 year Transportation Plan.

The cost of extending the line just to Fleetwood will in fact cost $1.65 billion dollars, completing the line will take another $1.5 billion.

Translink has the funds to cover to Fleetwood. As for funds for the rest of the journey, that will need to come from the feds, province and other regional funds.

Read below on some of the discussions tossed around the table by Mayors on the controversial project:

“What scares me is, I hope we’re not setting priorities at the expense of other areas. We’ve heard about the North shore, we’ve heard about the Northeast sector. We know when you build a rapid transit option such as LRT or Skytrain technology, it provides opportunity for density, access to citizens in all those big areas and when you throw on top of that the Skytrain discussions going to UBC, it’s going to push out priorities for the Northeast sector and the North Shore for years and years to come.”

“There’s been a lot of comments regarding funding coming from different levels of government. I haven’t seen any of it. I’ve actually heard from provincial persons in charge that there is no more funding for it, so I don’t know where that funding is coming from. You start going down these paths it’s kind of the death by a thousand cuts and all of a sudden you’re too far in to pull out, so I will not be supporting it.”

“In none of the reports have I seen any reference to the Agricultural Land Reserve. As I understand it, if this fully goes out to Langley, there’s a major portion that’s going to go over agricultural land. What’s going to be done to make sure if we go ahead we carry it though?”

“Jobs move to where the people are, which in this transit approach is to move people to where the jobs are. This is further addressing the issue of sprawl. This is not solving the problem. This is not letting the economic city change so Surrey can become the regional economic centre we need it to be. This is going to work against it, so these areas become bedroom communities for Vancouver, and I won’t be supporting it.”

” I don’t buy the argument expansion of the skytrain would contribute to the sprawl in other areas. If we can build more housing for people in our communities, it would be helpful but the reality is, it’s not there. It’s not coming fast enough and people are moving fast away so we need to provide them alternative ways to move to other regions. I support that the 3 mayors from Surrey and the Langleys want to see this moving forward, but I personally believe we need to stick to the $1.63 billion for this section of the expansion to Langley.”

“Langley has been waiting for really significant transportation to move our people back and forth. It has to happen in pieces, we can’t afford to do it all at once. We need to have an efficient transportation system that will move them. Not only are we talking about the population increasing South of the Fraser with half a million people coming in, but the job increase in downtown Vancouver as well, as those people need to get there efficiently. We don’t want to bog down our roads by clogging them with cars. I’m hopeful as Langley has supported the Evergreen project,  I really hope the Mayors will support this because it doesn’t just affect Langley it affects the region.”

“I think I can speak for the two Langleys, I have always recognized in this region that we need to all work together, we all have priorities and I have supported them my past, being Chairman of Translink and making sure all areas get better transportation in their communities whether they’re small, medium or large. This particular project we’re working on now is in the ten year Translink plan. It doesn’t stop any of the other cities moneys or projects that are in the ten year plan. We’re not asking to go outside of any parameters  that was passed. For Surrey we will request to stay within this $3.55 billion dollars, and so a lot of the talk I’m hearing around the table is, thinking we’re going to go out of that at the expense of the other cities. We have no intention of doing that, we’re gonna stay within the ten year plan the mayors approved. In that ten year plan is your projects. This isn’t going to affect them at all, it’s just our part of that ten year plan.

“No doubt I have struggled with this previous change of direction, still believe the previous plan of LRT would’ve had a lot of benefits south of the Fraser River. But to me, given some of the change in direction, I think the work Translink has done over the last couple of months has demonstrated the revised plan is a very good transit project. It drives more transit riders, has a strong business case comparable to Evergreen and Canada line, and puts us in a solid footing. To me, that was the main thing I was looking for to really convince me whether we should be making a significant change.”

By a majority, the Mayors voted to move forward with extending the skytrain to Fleetwood.

Translink is now expected to present its next business case by January 2020.