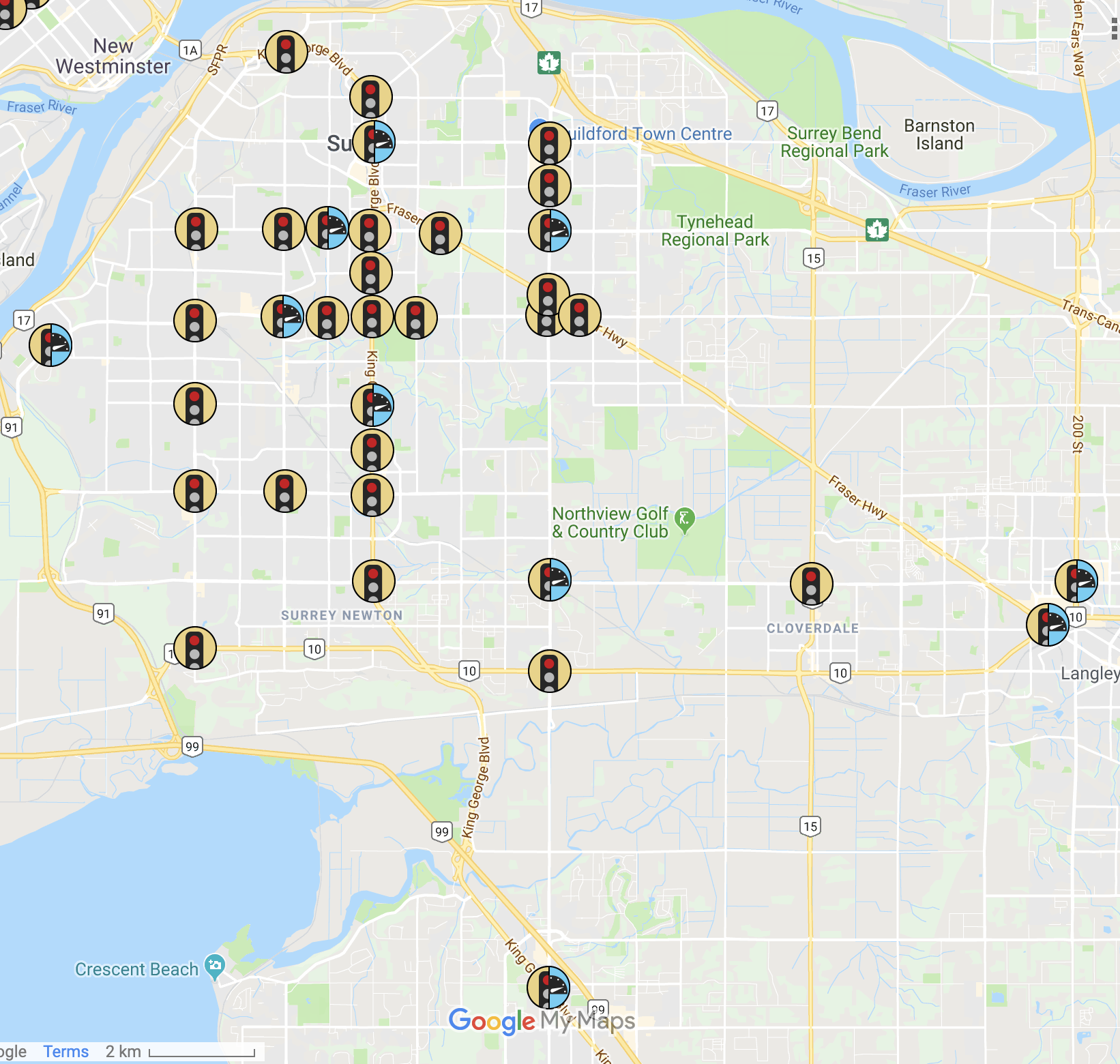 Surrey Mayor Doug McCallum says he supports the speed cameras being brought to intersections in B.C.

McCallum, long a strong opponent to photo radar, told PulseFM Monday night he’s okay with those being installed by the province at intersections.

McCallum said he’s always supported cameras at intersections, where he says most of the accidents happen.

The province announced this month it was installing speed cameras at 35 high-accident intersections in B.C. Seven of those will be in Surrey.

“We have a record number of crashes happening – more than 900 a day in our province – and about 60% of the crashes on our roads are at intersections,” said B.C. Public Safety Minister Mike Farnworth. “We’ve taken time to systematically pinpoint the locations linked to crashes and dangerous speeds that are best suited to safely catching, ticketing and changing the behaviours of those who cause carnage on B.C. roads.”

The intersections in Surrey where they will be installed include:

The cameras are expected to be activated this summer.