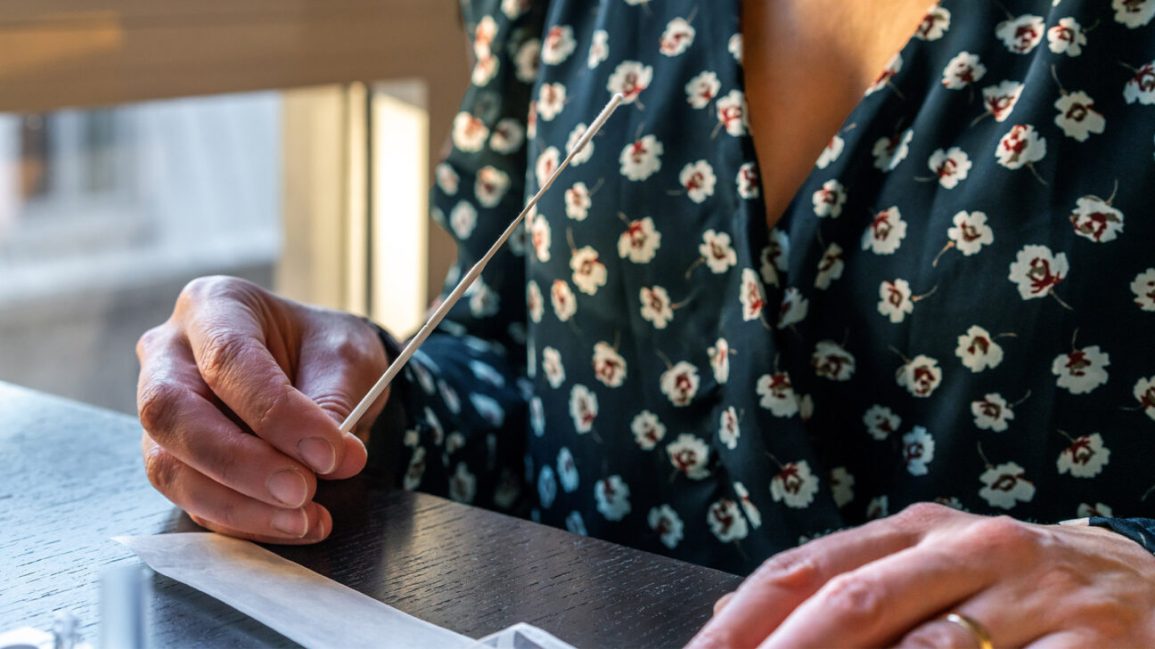 By Kate TattersallJanuary 14, 2022General
No Comments

With so much information coming out so rapidly about the quickly spreading COVID-19 variant Omicron, there is bound to be some miss information that is sprinkled in here and there… But this in particular, is a piece of advice that absolutely went viral even though is was incorrect.

A Tiktok was put out of someone exclaiming that rapid at home tests are more accurate if you swab your throat as opposed to your nose. They showed a demonstration that (in their defence) looked convincing. It showed the nasal swab coming back as negative and the throat/mouth swab coming back at positive!

This even caught the attention of celebs and influencers who reposed it to their massive followings to use their voice and platform to tell more people about this revelation that they thought was accurate. Even political influencers such as Amelie Zilber posted the Tiktok to her story to millions of fans.

HOWEVER, this week the actual medical professionals caught wind of this and is setting the record straight.

Medical experts are warning there are actually a lot of risks to swabbing the throat with a COVID-19 rapid test that’s meant for the nose. Immunologist Earl Brown acknowledges recent social media posts that suggest throat samples could better reveal evidence of the Omicron variant. But the University of Ottawa professor says even if Omicron is more easily detected in the throats of some people, rapid tests should be used as directed. He says saliva can be contaminated by food and drink.

Even if there has been some evidence that shows that Omicron appears in the throat first, it’s best to always use tests as directed and leave it up to the professionals to put forward a testing system specifically designed for the throat if that it what needs to happen.

Have a safe weekend friends! Let’s chat on facebook @Pulse1077 until we’re all back on Monday!