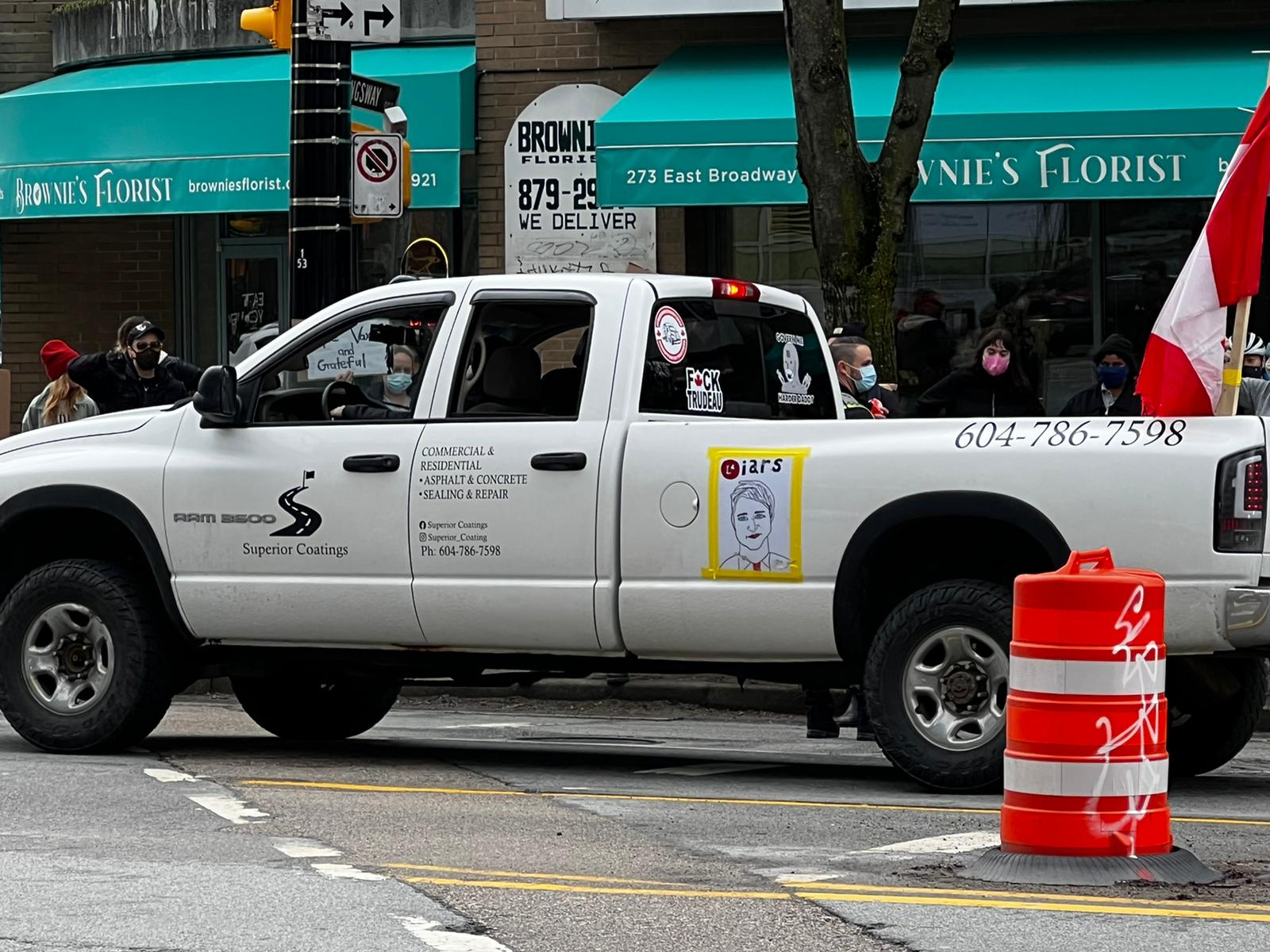 By JaclynFebruary 9, 2022Jaclyn, News
No Comments

As protests against COVID-19 mandates continue in Ottawa and across Canada, a new demonstration has popped up in Surrey.

The group, which has set up at Pacific Gateway Village, is calling for the removal of all pandemic measures, echoing calls from rally-goers in the nation’s capital.

The Lower Mainland protest started over the weekend, with more people joining in each day.

A local business owner who did not want to be identified for fear of being targeted, says trucks have been taking up parking spaces and people have been leaving garbage behind

Many business owners have concerns about the people who’ve joined the protest for reasons other than to speak out against mandates.

The Surrey RCMP says it’s been monitoring the situation and went to the area on Tuesday.

Officers told the estimated 20 people who were there they needed to keep their protest peaceful and respect nearby businesses.

Officers spoke with business owners as well as protesters, she explains, adding no serious incidents were reported at the time.

Some have suggested online that more protesters will be showing up at the site in Surrey over the coming days.