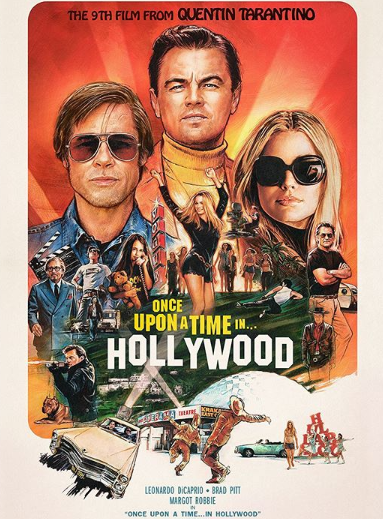 Once Upon a Time in Hollywood hits theatres and other Friday Hollywood news!

By Vanessa YbarraJuly 26, 2019Community
No Comments

The Irish Mirror claims Jennifer Lopez’s boyfriend, Alex Rodriguez, drinks nine cups of coffee a day in order to keep up with her!

He isn’t the only boyfriend who’s had trouble keeping up with the former fly girl’s high-energy lifestyle.

Ex-fiance Ben Affleck also mentioned in numerous interviews that trying to keep up with J. Lo’s jam-packed schedule was exhausting.

So THAT’S why she’s gone through so many men!

2) ‘Once Upon a Time in Hollywood’ starring Leonardo Dicaprio and Brad Pitt as struggling actors set in 1950s Hollywood comes out today, Friday July 26th.

Dicaprio says it was interesting playing a character whose fame has already come and gone.

Dicaprio has a few singing scenes in the movie and says he definitely wasn’t hired for his pipes.

The movie’s received overall good reviews and currently has a 88% approval rating on Rotten Tomatoes.

3) And look who’s been booted off!

They say they feel they earned the right to be in the reboot! But apparently such isn’t going to be the case.