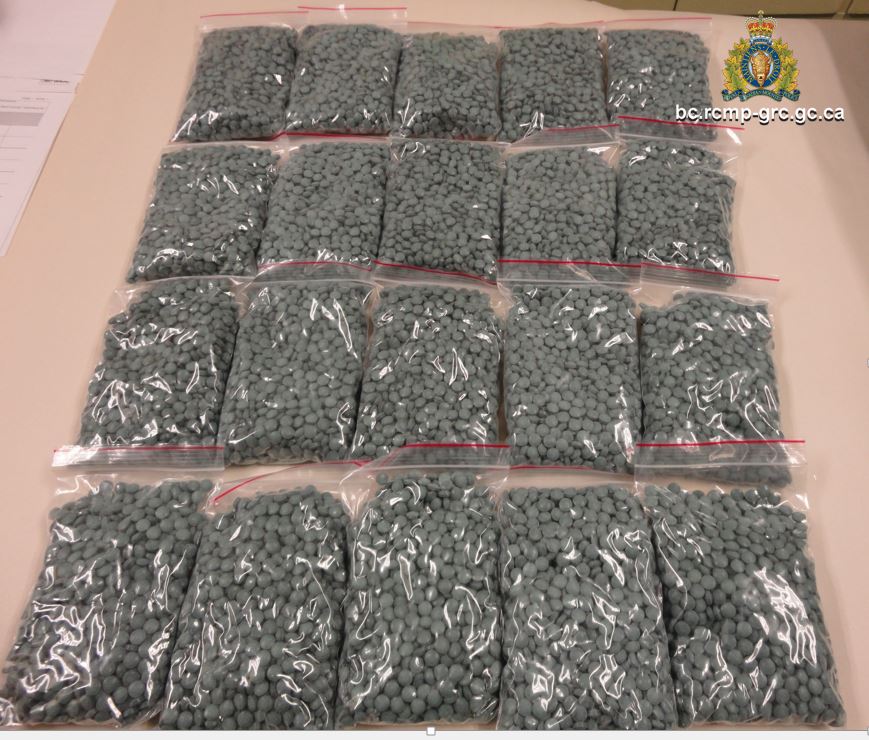 Over 100 kgs of drugs and 40,000 fentanyl pills seized from transnational crime group

By The WebmasterOctober 3, 2017News
No Comments

One hundred and thirty two kilograms of cocaine and 40,000 fentanyl pills were prevented from reaching communities in BC and across Canada thanks to a coordinated effort by the Waterfront Joint Forces Operation unit of the RCMP’s Federal Serious and Organized Crime section, the US Department of Homeland Security and the Canada Border Services Agency.

43 year old Gertrude Cheong of Vancouver, faces one count of conspiring to possess a controlled substance for the purpose of trafficking.

The RCMP were first alerted to the pending shipment bound for metro Vancouver, in February 2016 after U.S. Customs and Border Protection (CPB) officers at the U.S Los Angeles/Long Beach seaport discovered three roller suitcases inside a refrigerated container arriving from Brazil that was in transit to the Port of Vancouver, Canada.

We believe they were ‘tailgating’, explains Superintendent Cal Chrustie, head of major projects for the BC RCMP’s Federal Serious and Organized Crime section. That’s when drug traffickers piggyback a legitimate shipment of goods.

The RCMP intercepted two alleged drug traffickers in February 2016, arresting them shortly after the shipment was picked up from the shipping container. At that time police also gathered evidence to support a search warrant for a Richmond apartment, where numerous exhibits were seized including 40,000 Fentanyl pills and a 1 kg brick of methamphetamine.

Both LAM and CHEONG have been released on bail, and are scheduled to be back in court in Richmond, BC on October 31.