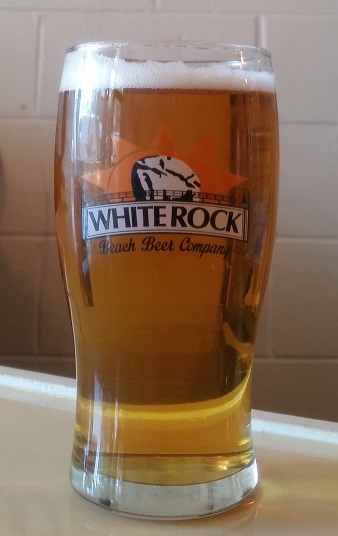 By Vanessa YbarraJuly 24, 2019Community
No Comments

White Rock Beach Beer Company and 3 Dogs Brewing have partnered up to create a refreshing ‘Pier-Fect’ Summer Cream Ale where $1.25 of every pint goes towards helping restoring the White Rock pier.

Bill Haddow, Co-Owner of White Rock Beach Beer Company, says it isn’t unusual for brewers to pair up for special causes, with the award-winning craft breweries brewing the one-of-a-kind beer at Surrey’s Central City Brewing who were also psyched to get on board.

After seeing White Rock’s iconic pier badly damaged and pretty much torn apart in a windstorm back in December, Haddow says all three of the breweries South of the Fraser knew they had to help.

What better way than through beer.

“White Rock is a little tight knit community and we really are protective and possessive of our little town here,” said Haddow. “When Alex Nixon, Executive Director with the White Rock BIA, starting talking about what could we do to help, we thought why not have a beer developed and we can raise funds that way.”

Haddow describes the ‘Pier-Fect’ Summer Cream Ale as a very accessible and drinkable beer for the masses.

“The beer is actually a cream ale, but is very light, and therefore is lager-ish, which is crisp and ‘clean’, both in look, and in taste.”

It’s safe to say there weren’t many full glasses by the end of the night.

The ‘Pier-Fect’ Summer Cream Ale is available at White Rock Beach Beer Company and 3 Dogs Brewing until at least the end of summer.

White Rock Beach Beer Company is located at 15181 Russell Ave, White Rock and 3 Dogs Brewing is located not far away at 1515 Johnston Rd in Surrey.

Listen to the full interview with Bill below: