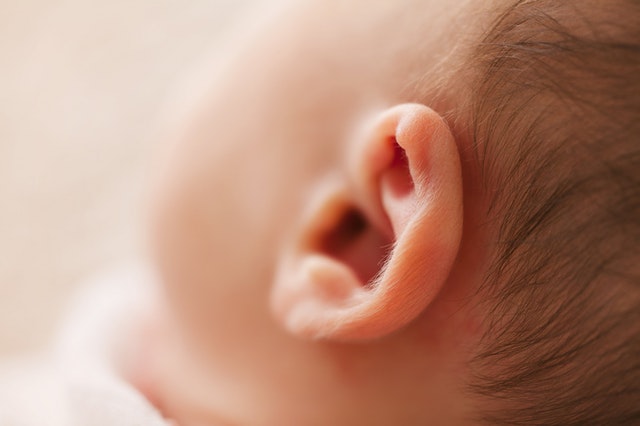 Ear piercing was a rite of passage when I was a kid.  Oh, how I wanted my ears pierced and my dad was a HARD NO.  He always said, “You can get your ears pierced when you get your nose pierced.”  Which, in the 80s, wasn’t a thing for 7 year old girls.  I cleared out the clip-on earring department at Zellers every time we stopped in there, because I was just so desperate for those amazing danglers.  (I bought those roach clips with the feathers at PNE because I thought those were clip-on earrings.  Ouch.)

“When I have a daughter, I am DEFINITELY going to let her get her ears pierced whenever she wants,” was my daily mantra when styling myself for elementary school.

Fast forward to having a child and the controversy of piercing a child’s ears.  Do we have consent to alter their bodies? I heard some people comparing it to circumcision.  I just kept my mouth shut and stayed thankful I had boys and it wasn’t really an option, as no one seems to be rushing out to pierce a baby boy’s ears.  By the time I had my third – a girl, I wasn’t worried about what people thought, I had no interest in piercing my daughter’s ears and at 7, she isn’t interested either.

One of the big reasons I have heard for piercing a baby’s ears is so that “people know she’s a girl”.  I wonder how that works out for people as I had my daughter dressed in head to toe with full pink and flowery headgear and without fail, there’s always someone who says “what a cute little boy”.  Shrug emoji!

There was a lot of discussion on this on Pulse FM’s Facebook page!

Of course one of the detractors is the pain factor.  Now as I said… it was kind of a rite of passage to get through that, but these days, they’ll do both at once with a special gun.  No blood, no fuss, no muss.

Some parents advocate for doing it as babies.  They can’t grab or pull at them, and it’s up to the parents to take care of them, and they can just take it out if they choose to when they are older.

Other parents mentioned that they would like to wait to have it be the child’s decision, at some point whether it be 8 or 13.

Lastly, Rebecca had hoped for a special moment, but..

“I wanted a mother and daughter bonding moment with my girls 7 & 9 year olds. Ended up with them screaming and crying 😢 not what I imagined. Should have done it when they were babies.”

Yikes!  By the way.  I got mine done at 19 on a break from work in the Lansdowne Mall Claire’s.  I got my nose done at some random piercing shop a year later.  The ears did fine, but I got a massive infection in my nose piercing (karma?!).  Both have since closed over!