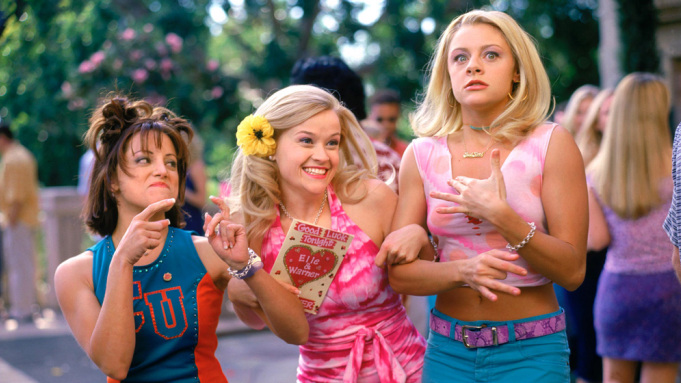 Prepare for pink overload! Legally Blonde 3 is Coming to Theatres 2022!

Prepare for pink overload! Legally Blonde 3 is coming to theatres May 2022!

The original film, starring Reese Witherspoon as ditzy Elle Woods, who signs up for Varvard law school to try and get her boyfriend back was a massive hit and hard to believe came out close to 20 years ago, with Legally Blonde 2 coming out in 2003.

The third film was supposed to be released this year but of course that thing called the pandemic reared its ugly head and production had to be paused.

The cast, including Luke Wilson and Jennifer Coolidge, recently got together for a zoom reunion, where they announced despite the setbacks, the film is still on track to be released in 2022!

In the session on Witherspoon’s Youtube channel, the cast talked about the effect the movie had on audience’s around the world, with Reese saying to this day she still has women come up to her saying it was Legally Blonde that motivated them to go to law school.

As for her favourite scene of the movie, Witherspoon says it hands down  the iconic ‘bend and snap’ dance routine her and the ladies do in the hair salon. “You just bend…….AND SNAP!” Yes!!

Personally my favourite line from the movie is when her ex-boyfriend shockingly finds out she made it into Harvard.  Her response? “What, like it’s hard?!