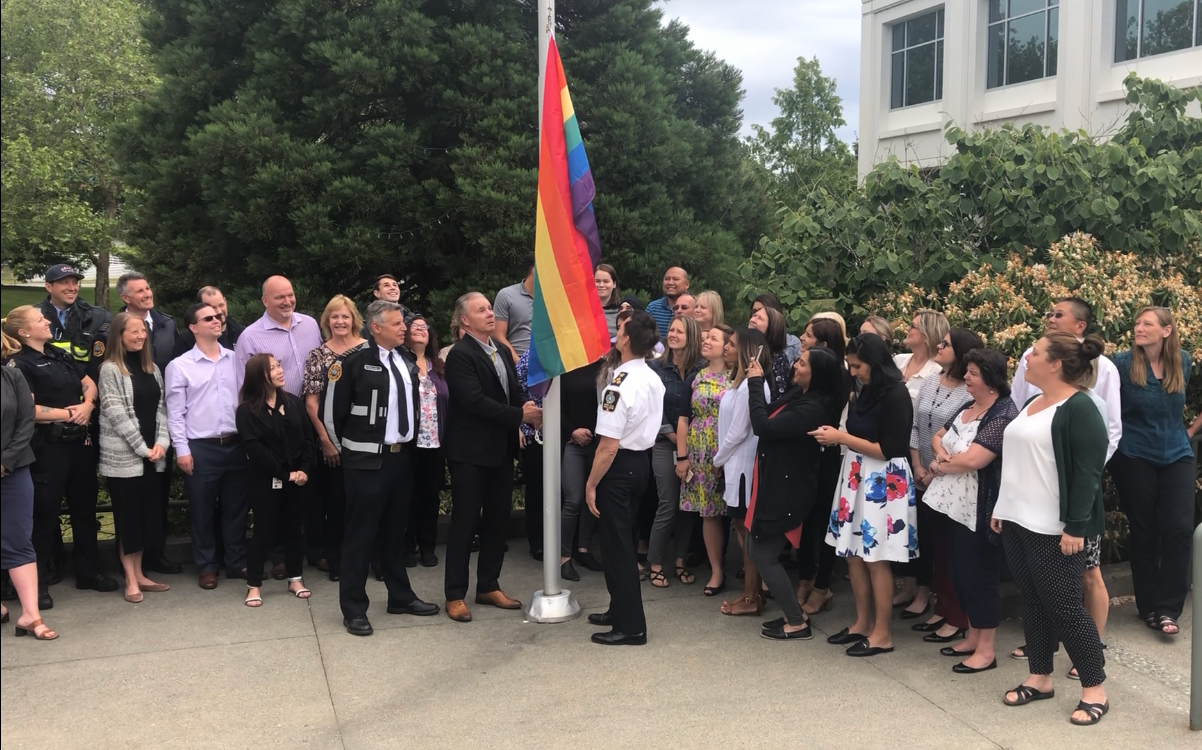 By Vanessa YbarraJune 5, 2019Community
No Comments

Mayor George V. Harvie helped raise the Pride flag in front of Delta City Hall today in support of the LGBTQ+ community, Ladner United Church, and all Delta citizens who stand for inclusion and acceptance and against intolerance and discrimination.

Earlier this week, the Pride flag at Ladner United Church was defaced. On behalf of Council, Mayor Harvie took action, first by expressing his dismay on social media and then by directing staff to raise the Pride flag in front of City Hall.

“Delta is a community of inclusion and acceptance and I felt strongly that we should do something tangible to support the LGBTQ+ community following the despicable defacing of the Pride flag at Ladner United Church earlier this week. On behalf of Council, I am proud to promote inclusiveness in our community and stand against intolerance wherever we find it.”