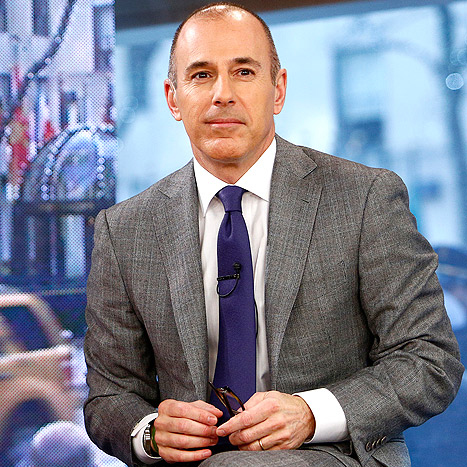 By The WebmasterNovember 29, 2017News
No Comments

There is an angle to these salacious stories that keep coming out about Hollywood and TV types abusing their mantles of power.  That angle is collateral damage.

Now first and foremost, let’s understand that this damage is far down the list to that of the victims and their families that are having to deal with the onslaught of scrutiny from both the public and the media. But in some cases, like this morning on NBC and last week on CBS and their morning program, the information has to be disseminated and processed in real time, usually with heart breaking results.

This morning, the world learned that long time NBC Today Show host Matt Lauer is among the latest high profile media type to be terminated over an inappropriate situation that occurred with a co-worker, against her will, four years ago in Sochi during the Winter Olympics.  The staffer, who kept this dark secret and lived with it for four years, approached NBC’s Human Resources Department on Monday afternoon and by Tuesday evening, Lauer was gone.  Apparently, there may be a smoking gun of more than one person here, but that is not confirmed at this point, so let’s focus on what we do know.

According to Savannah Guthrie, the co-host of today and Hota Kotb, another co-host, the staff of the Today Show, on air and behind the scenes, were informed of the decision to fire Lauer as they arrived to work this morning.  They then had to lead with the news of the firing of their friend, on live TV, and keep it together.

When we get news of that nature outside of that bubble, we all have time to process our emotions, ask questions and take the time to compose ourselves.  In this case, Guthrie, Kotb, and Al Roker, Lauer’s friend and co-worker of 30 years, did not.  You can call it a by-product of the business that they chose to be in, but that is cold hearted.  It was a punch to the gut or lower, and everyone had to watch you take one on national television.  It cannot be easy.

These people, Lauer’s co-workers, have done nothing wrong here, they are now left holding the bag and having to explain the behaviour of someone that they trusted, to millions of viewers who trusted Lauer for years.  Not an easy thing to do.

It amplifies the transgression, and truly shows the nature of the person.  Lauer doesn’t have to go on the air to explain why he was an ass, his friends had to.  The behaviour shows that the transgression was purely selfish and self serving, because as a person in power, Lauer probably felt that he is Matt Lauer, and he didn’t have to answer to anyone.

He will be answering to his kids, his friends and co-workers, and the viewers he let down today.  Let’s see how he handles that.