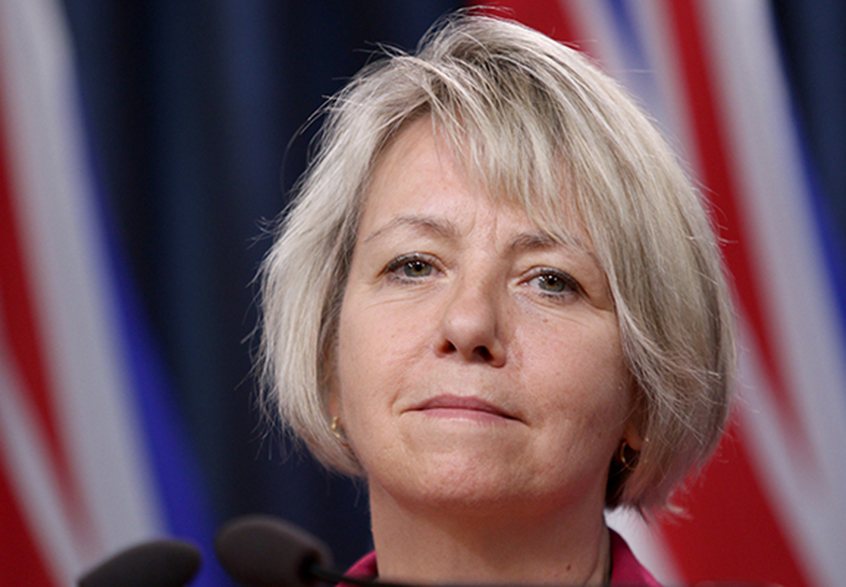 By LeslieJanuary 7, 2022News
No Comments

Monday is back-to-school for most kids in B.C., but many people are concerned about the return to the classroom due to the Omicron variant.  The majority of kids in B.C. have been out of class this week, due to a surge in COVID-19 cases following the holiday winter break.  The province says the extra week allowed for additional safety measures to be in place for Jan. 10. The measures include reinforcing daily health checks, staggering times to prevent crowding, conducting virtual only assemblies and staff meetings, allowing visitors only for direct support, and pausing extracurricular sports.  B.C. Provincial Health Officer Dr. Bonnie Henry, B.C. Health Minister Adrian Dix, and B.C. Education Minister Jennifer Whiteside will be speaking Friday morning at 11:30 a.m.

B-C firefighters, police and teachers are among those putting together contingency plans in case a significant number of employees call in sick as COVID-19 cases surge because of the Omicron variant.  The Professional Firefighters Association says the variant is affecting firefighters in communities across the province.  More than half of the firefighters in Prince Rupert were off sick this week due to COVID-19.  R-C-M-P are also expecting a rise in the number of employees requiring sick leave or time off due to exposure to the virus.

More than $50 million has been earmarked for a “Sport & Ice Complex” in Cloverdale.  The rink project (approved in June, 2021) will see the twin-sheet arena located at 177th and 64 Avenue on the Cloverdale Fairgrounds.  The city said at the time that groundbreaking would take place in early 2022 and the arena was expected to open in the fall or winter of 2023.

Getting into the B.C. Interior is going to be even more of a challenge Friday as all three major routes are closed due to significant issues.  An avalanche risk has shut down Highway 3 near Alison Pass about 30 kilometers east of Hope, according to Drive BC.  The highway was the only route open to non-essential traffic, connecting the Lower Mainland to Princeton along southern B.C.  Before Highway 3 reopened just before Christmas to all travelers, the route was restricted to essential vehicles only because of flooding in B.C. in November.   The Coquihalla Highway, which was recently reopened to commercial travel only, has also been closed due to a serious crash north of Hope.  The other major route, Highway 1, remains closed north of Boston Bar following the floods and landslides back in November.  Highway 99 is open, but travel advisories are in effect and restrictions remain in place.

Education Minister Jennifer Whiteside says school attendance will be monitored for possible COVID-19 outbreaks as students return to class on Monday. Whiteside says any unusual dip in attendance will trigger a response from public health, which may include an investigation, the use of rapid tests or a temporary shift in how students learn. She says safety measures being taken during the Omicron-fuelled wave of COVID-19 include virtual assemblies, visitor restrictions, staggered break times and access to three-layered masks. Provincial health officer Dr. Bonnie Henry says it’s essential to keep schools open for the emotional, physical and intellectual well-being of children.

Fraser Health says it’s expanding and reopening mass COVID-19 vaccination clinics to increase the number of appointments available for booster doses. It says the clinics in Langley, Maple Ridge, New Westminster and Surrey complement existing COVID-19 Testing and Immunization Centres and bring the total number of sites offering vaccinations to 18. It says it expects the changes will boost average immunizations across all its sites to 75-thousand a week by January 17th — up from an average of 32-thousand last month. It says it also expect average weekly immunizations at pharmacies in the region to more than double to 40-thousand.

Health Canada says about 39 per cent of children between the ages of five and 11 have received a COVID-19 vaccine. Michelle McGrath of Langley, B-C registered her five-year-old son for a vaccine as soon as it was approved last November, while her 11-month-old twins, born three months premature, can’t yet get the shot and remain exposed. She says she wants to see all kids get protected as the Omicron (OH’-mih-kron) variant raises case numbers to new highs.

Canada’s top doctor says the country’s average daily case count rose 65 per cent from last week, but severe illness is not rising at the same rate. Dr. Theresa Tam says the portion of laboratory tests coming back positive is estimated at 29 per cent, indicating significant community transmission. She says evidence suggests the risk of hospitalization from the Omicron (OH’-mih-kron) variant is lower compared to Delta, as severe illness is not spiking at the same explosive rate as infections.

Winter storm warnings have finally been lifted for parts of the south coast, including Victoria, Vancouver and the Fraser Valley — but that doesn’t mean the wicked weather has ended. Environment Canada says wind warnings now cover those regions, with gusts up to 90 kilometres through most of the day — creating special challenges in the Fraser Valley where the wind is even more likely to snap trees and power lines coated with ice by last night’s deluge of freezing rain. B-C Hydro was reporting thousands of customers between Langley and Hope were in the dark this morning, along with several thousand in Squamish, and numerous ferry sailings between the Mainland and Vancouver Island have been scrubbed because of the powerful gusts. Elsewhere, winter storm and snowfall warnings hang on through southern and southeastern B-C while extreme cold warnings stubbornly remain across much of northern B-C — including the Peace region where wind chill makes it feel close to -40 — while the weather office says wind chill values in the northwest corner of the province will feel at or below -50 right through the weekend.

R-C-M-P in Burnaby say more than 150 vehicles were pulled over yesterday for snow-related visibility problems. Police say some vehicles only had small portions of their windows cleared, leaving minimal visibility for the driver. Other vehicles had snow on top that had not been cleared, creating a moving hazard on the road. Police say 16 written warnings and 11 violation tickets were handed out.

Statistics Canada says most of the job gains in Canada last month came in Ontario, but the labour force survey released today shows B-C also continued to put people back to work in December. Economists say B-C’s unemployment rate dipped to 5.3 per cent from 5.6 per cent in November and the number of people looking for work was also down in Vancouver, Victoria, Prince George and the Abbotsford-Mission region. StatsCan says Kelowna was the only major urban area in B-C to see jobless numbers rise — climbing to 5.1 per cent last month from 4.4 per cent the month earlier. Jobs Minister Ravi Kahlon says the release of the December stats confirm that even though 2021 was very challenging for B-C residents and businesses, the province added a total of 101-thousand jobs over the year, a 3.9 per cent increase compared with 2020.

British Columbia health officials announced on Friday that there have been 3,144 new COVID-19 cases reported over the past 24 hours, bringing the total number of recorded cases in the province to 276,875. In a written statement, Provincial Health Officer Dr. Bonnie Henry and Health Minister Adrian Dix said that there are 33,184 active cases of COVID-19 in the province, a new record for BC. Of the active cases, 349 (+25) individuals are currently hospitalized and 93 (+3) are in intensive care. The remaining people are recovering at home in self-isolation.

There have been nine new COVID-19-related deaths, for a total of 2,439 deaths in British Columbia.