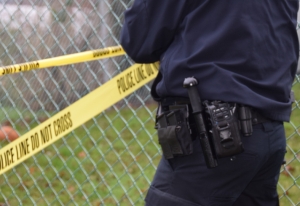 Surrey RCMP are not ruling out foul play after a man was found dead in Hazelnut Meadows Park last night.  Mounties arrived just before 9. where they also closed down 140th Street between 70th and 68th Ave.  Police have not said how or when the man died — adding Surrey RCMP Serious Crime investigators are on scene.  The area remains closed as of this morning.  Anyone with information is asked to call Surrey RCMP.

The RCMP say a 58-year-old Surrey man has died after suffering serious injuries in a shooting in Whalley last weekend.  They say homicide investigators believe the shooting was an isolated incident, not random, and not connected to gang activities in the region.  The R-C-M-P have identified the victim as Michael Gordon Brown and they’re asking anyone with information to come forward.

Police say they’re recommending that a 37-year-old Surrey man be charged with four counts of sexual assault after a series of incidents involving women around Vancouver’s Granville SkyTrain station earlier this month.  Metro Vancouver Transit Police say it began just before 4:30 p-m on May 13th, when a man tried to pull a woman sitting on a bench inside the Pacific Centre Mall toward him, but a security guard shouted at him to stop. They say the man made his way inside the SkyTrain station, where he allegedly attempted to grab a second woman and touched a third woman’s breast before trying to pull a fourth woman into a nearby business — drawing the attention of bystanders who intervened to help her break free.  They say officers arrested the man, who is known to police, and he was released with a court appearance set for July.

Police in Abbotsford say they’re investigating a collision between a vehicle and two pedestrians who sustained serious, life-threatening injuries.  They say emergency personnel responded to the crash around 1:15 p-m yesterday near the intersection of Ware Street and Bourquin Crescent.  They say an 88-year-old man and 85-year-old woman who had been walking when they were struck were taken to hospital, while the driver and a passenger in the vehicle were uninjured and remained at the scene.  Police are asking witnesses or anyone with dashcam footage from the area around the time of the collision to come forward.

The U-S National Rifle Association begins its annual convention in Houston, Texas, today.  Houston Mayor Sylvester Turner says he understands that many in the city aren’t happy to host the N-R-A so soon after Tuesday’s deadly school shooting rampage in Uvalde. And he says he agrees with most of the critics on many of their points.  Turner says the city is obligated to host the event, which has been under contract for more than two years.

U-S Democrats’ first attempt at gun legislation in response to recent mass shootings failed yesterday in the Senate.  Republicans blocked a domestic terrorism bill that would have opened debate on hate crimes and gun policy.  The focus now is on background checks for guns purchased online or at gun shows, school security measures, and red-flag laws on potential buyers

Safety officials have scheduled yet another briefing today to release more information on the Texas school shooting.  They will seek to clarify the timeline and address the anger over the response by law enforcement.  The U-S Marshals Service says its deputies travelled about 110 kilometres to Uvalde, and the gunman was still inside the school when they arrived.  Parents are demanding to know why officers weren’t able to stop the shooter earlier.  Officials have said 18-year-old Salvador Ramos was in the building for an hour before he was shot dead.  n In that time, he murdered 19 fourth graders and two teachers.

Ontario’s police watchdog says a man shot and killed by officers in Toronto was carrying a pellet gun.  The Special Investigations Unit says the 27-year-old man was shot at by two officers in the city’s east end yesterday.  Police were responding to reports of a person with a gun.  The Toronto District School Board said four schools in the area were temporarily locked down due to the police investigation.