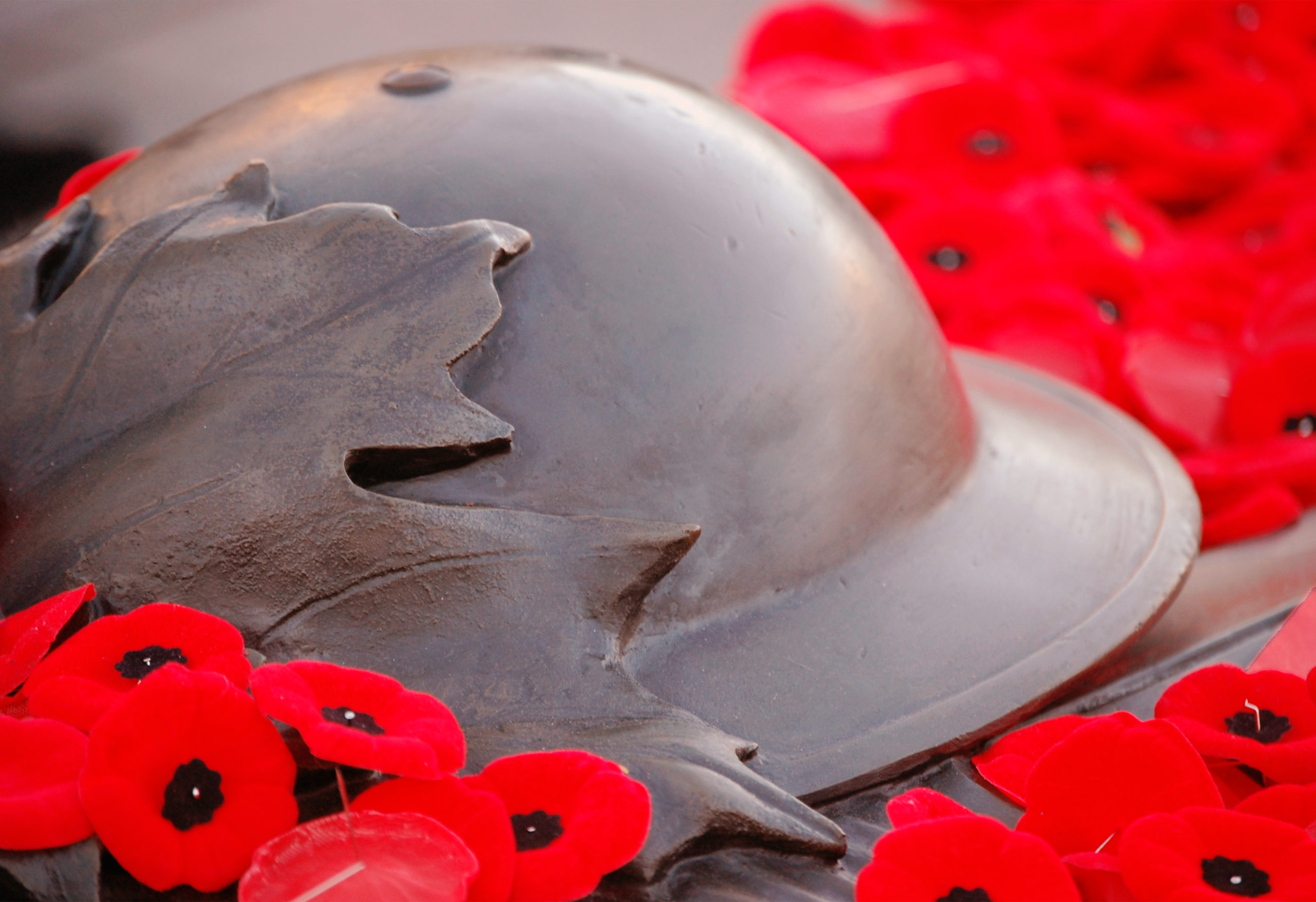 By LeslieNovember 12, 2021News
No Comments

People are outraged after anti-vaxxers disrupted a Remembrance Day event in Kelowna.  Video shows a woman standing in front of a microphone at the cenotaph as members of the public shouted that she and others were being disrespectful.  Apparently some Veterans were visibly crying and upset.  In the video, someone makes a brief attempt to take the microphone away from the speaker.  A person is later seen grabbing at the generator powering the speaker.  Kelowna has seen its share of actions from anti-vaxxers and COVID-deniers, including an incident last Remembrance Day when vandals spray-painted anti-COVID-lockdown graffiti on its City Hall building. Meanwhile, R-C-M-P officers in Cranbrook, B-C, are trying to track down whoever defaced the city’s cenotaph.  Before yesterday’s Remembrance Day ceremony took place, someone wrote on the monument — quote — “the real heroes are the vaccinated.” It was supposed to be an invite-only event, but that didn’t keep hundreds of people from showing up at Vancouver’s Victory Square for the Remembrance Day ceremony.  There was fencing around the area to ensure only those who were supposed to attend were inside.  However, as the service got underway, members of the public moved closer and stood just outside the barrier, wearing poppies and showing their respect.

As many parents eagerly await the results of Health Canada’s review of Pfizer’s COVID-19 vaccine for kids aged five to 11, a pediatrician says approval of the shot would be a key piece in helping us get out of this ongoing pandemic.  A decision is expected in the coming weeks, though no official timeline has been provided.  Dr. Ran Goldman, who is a UBC professor of pediatrics, says it’s important we get children vaccinated in order to achieve herd immunity.  While Pfizer’s vaccine is still being reviewed, Canada has already secured 2.9 million doses of the pediatric shot. Those doses would be shipped upon approval, with hopes of a quick rollout.

Federal Environment Minister Steven Guilbeault  says at this point at the U-N climate summit, no one thinks the work will be done once the lights go out in Glasgow.  The COP-26 summit is due to wrap up today.  Guilbeault told reporters that Canada — which is both a big energy producer and consumer, and the home to some of the world’s largest remaining intact nature — is demonstrating a path forward to fighting climate change.  He says negotiators in Glasgow have their work cut out for them.

Vancouver police are investigating a homicide, the 15th of the year for the city. Police say the body of 43-year-old Joshua Hough was found in his suite in a housing complex in the Downtown Eastside. One arrest has been made and police say the investigation is Ongoing.

Mounties in Surrey have arrested a man who is accused of robbing the same bank twice over a few weeks. Police say the suspect was able to get away with some cash in the first robbery, but with some help from nearby surveillance video they were able to narrow down a suspect. Just as officers were asking for a warrant for the 28-year-old suspect, police allege the same man robbed the bank again. Two charges of robbery have now been laid and the man remains in Custody

Environment Canada is predicting that another so-called atmospheric river from the Pacific will bring heavy rain to parts of southern B-C this weekend, along with heavy snow at higher elevations. The weather agency says the second such system in four weeks is expected to arrive Saturday night and continue into Monday. It has issued special weather statements warning that Metro Vancouver, the Fraser Valley, Howe Sound and the Sunshine Coast could get 75 to 120 millimetres of rain. The Boundary region, East and West Columbia, Kootenay Lake and the West Kootenay could get up to 20 centimetres of snow before transitioning to rain Sunday morning.

The B-C government has released a plan to stabilize the tree fruit industry in the province. The report makes several recommendations of issues such as access to labour pools, marketing and development of fruit quality standards. Avi Gill, a grower and director with the B-C Fruit Growers Association, says he believes the recommendations will lead to a successful tree fruit industry, but there’s a lot of work to do before that happens. There are about 400 commercial tree fruit growers in B-C with crops such as cherries, apples, pears, peaches and plums valued at about 165-million-dollars in 2019.

British Columbia health officials announced on Friday that there have been 992 new test-positive COVID-19 cases over two days, bringing the total number of recorded cases in the province to 211,750. There were 519 cases discovered between Wednesday and Thursday, and 473 between Thursday and Friday. In a written statement, Provincial Health Officer Dr. Bonnie Henry and Health Minister Adrian Dix said that there are 4,265 active cases of COVID-19 in the province. Of the active cases, 384 individuals are currently hospitalized and 124 are in intensive care. The remaining people are recovering at home in self-isolation. New cases and total active cases are broken down by health region as follows:

There have been 23 new COVID-19-related deaths, for a total of 2,257 deaths in British Columbia. Of the new deaths, eight were in Fraser Health, 11 were in Vancouver Coastal Health, two were in Interior Health, one was in Northern Health, and one was in Island Health. To date, 90.6% of all eligible people 12 and older in BC have received their first dose of the COVID-19 vaccine; 86.5% have received their second dose. From November 4 to November 10, people not fully vaccinated accounted for 61.0% of cases and from October 28 to November 10, they accounted for 68.9% of hospitalizations.

Past week, cases per 100,000 population after adjusting for age (November 4 to November 10)

Past two weeks, cases hospitalized per 100,000 population after adjusting for age (October 28 to November 10)

Britney Spears is her own woman again. A Los Angeles judge has ended the conservatorship that has controlled the pop singer’s life for nearly 14 years. The singer’s attorney, Matthew Rosengart, says Britney is finally able to move forward and plan her own destiny. Rosengart has promised to pursue an investigation of her father’s role in the conservatorship and could pursue further legal action.