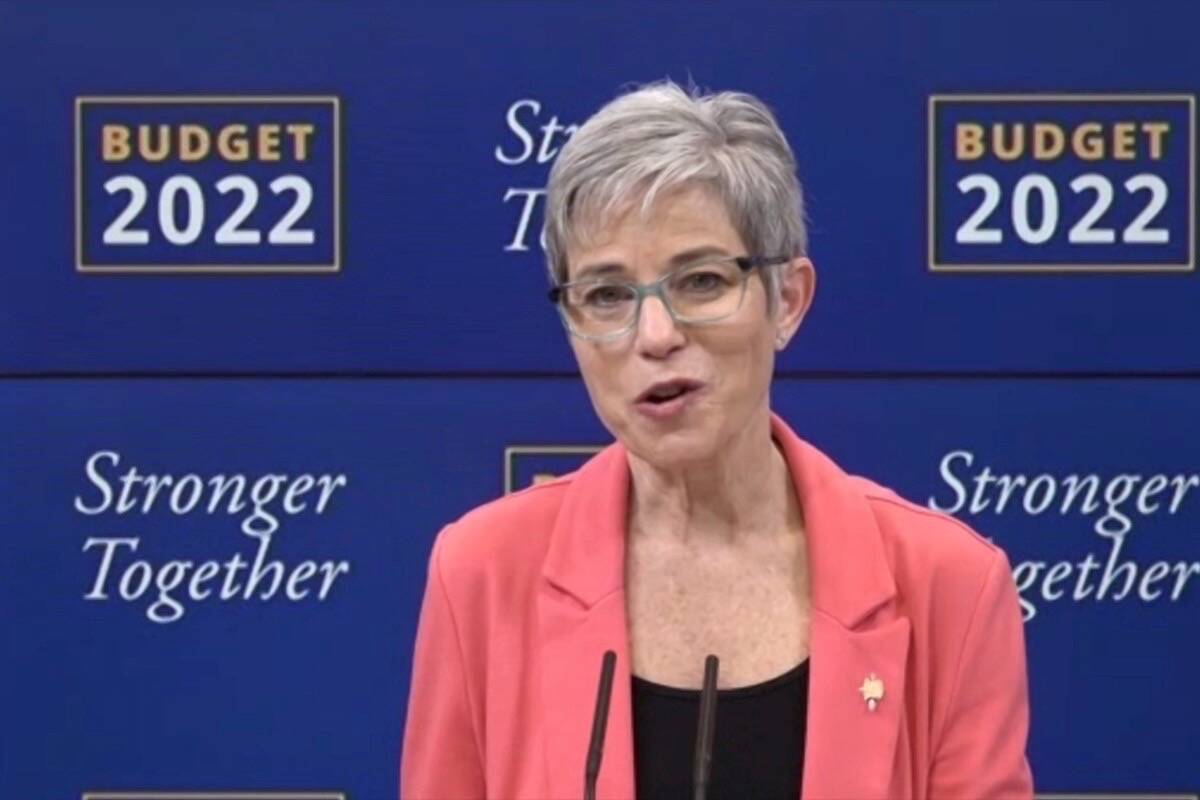 By Jeremy TubbsNovember 25, 2022News
No Comments

BC’s finance minister is to provide an update today on the province’s financial situation. Selina Robinson says the numbers in the quarterly budget update will show an economy continuing to grow despite the ongoing COVID-19 pandemic. She says she’ll also issue cautions about inflation pressures and rising interest rates. Robinson’s update comes a week after the swearing-in of new Premier David Eby, who has already made several spending announcements adding up to more than one-billion dollars.

Politicians wrapped up the fall sitting of the BC legislature yesterday with the speedy passage of two housing supply bills. The Opposition Liberals voted against the legislation, saying the government imposed closure to ram the bills through. Opposition house leader Todd Stone says Premier David Eby began his era by stifling debate and eroding democracy. The NDP says the bills will speed up housing development and increase the supply of homes in the province.

Carol Todd is worried the Dutch man convicted of extorting her teenage daughter, Amanda, who later died by suicide, may not serve any of the prison time handed to him last month by a BC court. Todd says she’s been told it’s possible Aydin Coban won’t serve the 13-year Canadian sentence. That’s because a Dutch court already handed him a maximum term for similar crimes committed around the time he was harassing Amanda. Coban was sentenced to nearly 11 years in 2014 for crimes involving more than 30 youths before he was extradited to Canada in 2017 to face charges related to Amanda.

Anyone travelling in or out of the Vancouver International Airport today is being warned to expect traffic delays caused by Black Friday shoppers. Airport officials say they are expecting the delays to continue through the weekend due to the annual Black Friday sale at nearby McArthur Glen Outlet Mall. Staff will be working with RCMP traffic enforcement officers but still anticipate heavy congestion. Travellers are being advised to take transit, book parking online where possible, and monitor traffic reports.

The Canadian Food Inspection Agency says two more commercial poultry farms in the Fraser Valley have tested positive for avian flu. That brings the number of farms infected to 12 in Abbotsford, Chilliwack and Kent since last Friday. The agency says there’s no evidence to suggest that eating cooked poultry or eggs could transmit the virus to humans. Anyone who finds a sick or dead wild bird is encouraged to contact the Canadian Wildlife Health co-operative.

The BC government has revamped its online services for people looking to start a new business. The government says it has simplified the steps to reserve a business name and access business filings and other information through the BC Registries website. The province’s electronic court registry, rural property tax search function and registry services have also been updated. More updates are in the works including for the wills registry and the manufactured homes registry.