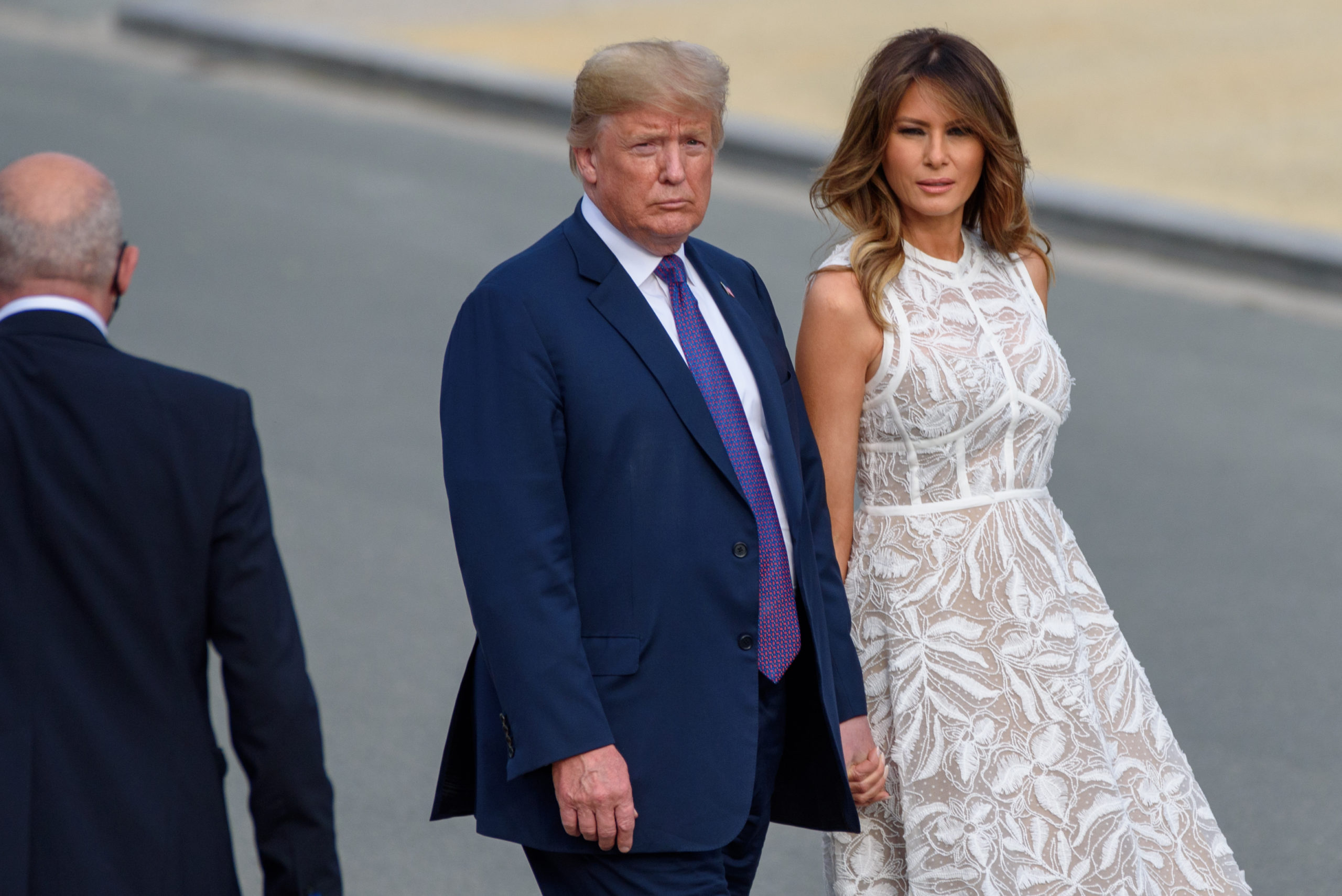 By LeslieOctober 2, 2020News
No Comments

U.S. President Donald Trump has confirmed that he and first lady Melania Trump tested positive for the coronavirus.  Trump’s doctor says the U-S president will continue carrying out his duties without disruption.  He says the president and Melania are both well at this time, and they will quarantine at the White House.  Trump has cancelled plans to attend a fundraiser and fly to Florida for a rally today.  The diagnosis marks a major blow for a president who has been trying desperately to convince the American public that the worst of the pandemic is behind them.  Trump is 74 years old, putting him at higher risk of serious complications from a virus that has now killed more than 200,000 people in the states.

Prime Minister Justin Trudeau is among the world leaders sending their best wishes to U-S President Donald Trump and his wife after their positive COVID-19 tests.  Trudeau tweeted that he and his wife Sophie are sending their best wishes to the Trumps and that they hope both get well soon and have a full recovery.  Democrat Joe Biden and his wife say their thoughts are with the Trumps and that they will continue to — quote — “pray for the health and safety of the president and his family.”

Today, Dr bonnie henry is announcing 161 new cases of COVID-19 including two epi-linked cases, for a total of 9,381 cases in British Columbia. “There are 1,302 active cases of COVID-19 in the province, 3,114 people who are under active public health monitoring as a result of identified exposure to known cases and 7,813 people who tested positive have recovered. “Currently, 63 individuals are hospitalized with COVID-19, 16 of whom are in intensive care. The remaining people are recovering at home in self-isolation.Fraser Health has declared an outbreak at Surrey Memorial Hospital. One patient and one staff member have tested positive for the coronavirus, the health authority says, adding the outbreak is limited to one unit, which has been temporarily closed. The hospital remains open and Fraser Health says all patients in the affected unit have been notified of the outbreak. “Surrey Memorial Hospital is working with essential visitors to the affected unit on a case-by-case basis,”

The province set a record yesterday with more than 10,000 COVID tests in one day, and according to Dr. Bonnie Henry cases are leveling off.  Of the record tests, 82 were positive for the coronavirus, which is fewer than one per cent.  She says the low number of positive tests shows contact tracers are doing a good job at finding people.

Health Canada has launched its first review of a possible vaccine for COVID-19, but cautions this is just one step on the road to approval.  The agency is evaluating the shot being worked on by drugmaker AstraZeneca and Oxford University.  It is conducting a rolling review, which means Health Canada accepts data and results from the company’s trials as it comes in, rather than waiting until the trials are over.

One person has died after being swept into the Capilano River yesterday afternoon when a rush of water came surging out of the Cleveland Dam.  The four others who went into the water were either rescued, or managed to swim to safety.  It happened 2 p.m, witnesses say the dam opened without warning.

Mounties in Surrey are asking for help identifying a man who sexually assaulted a woman at a bus stop in Newton this summer.  According to RCMP, a woman was “groped” while sitting at a bus stop at 144 Street and 78 Avenue on the morning of July 14.  The suspect fled on a bicycle and is described as South Asian, approximately 25-years-old, with a round face, no facial hair, and wearing black jeans, a black wind breaker, navy blue socks and a black helmet.

A man has been arrested in connection with a fatal stabbing late Thursday at a residence in the Whalley neighbourhood of Surrey. Mounties say shortly after 10 p.m., Surrey RCMP responded to a report of an assault with a weapon at a residence in the 10,900-block of 128A Street. Officers arrested a man. Another man was treated by paramedics for critical stab wounds, but he died from his injuries, according to RCMP. Police say a fight had broken out between two men who knew each other. No charges have been laid. The Integrated Homicide Investigation Team has been called in.

North Shore Rescue confirmed Friday a second person is still missing in the Capilano River after a man was killed when a rush of water came surging out of the Cleveland Dam the day before.
It has been confirmed the missing person is the son of the man who died.
Alan McMordie, with the rescue team, said North Vancouver RCMP asked members to continue searching the lower part of the Capilano River after receiving a report of a second missing person.
Four others who went into the water on Thursday were rescued or swam to safety.
At least one person says he did not hear a warning siren before the water was released from the dam during maintenance.

The federal government will soon be allowing extended family members and partners of Canadians to enter the country, so long as they follow ongoing COVID-19 quarantine rules and are approved by border officials. immigration, public safety and health ministers announced a suite of new measures to enforce and strengthen current travel restrictions at land borders across the country, noting that the mandatory quarantine measures, which require travellers to quarantine or isolate for 14 days immediately upon entry into Canada unless exempt, have been effective.
Starting Oct. 8, certain extended family members of exclusive partners of Canadian citizens and Canadian permanent residents will be allowed to apply to reunify with their families.