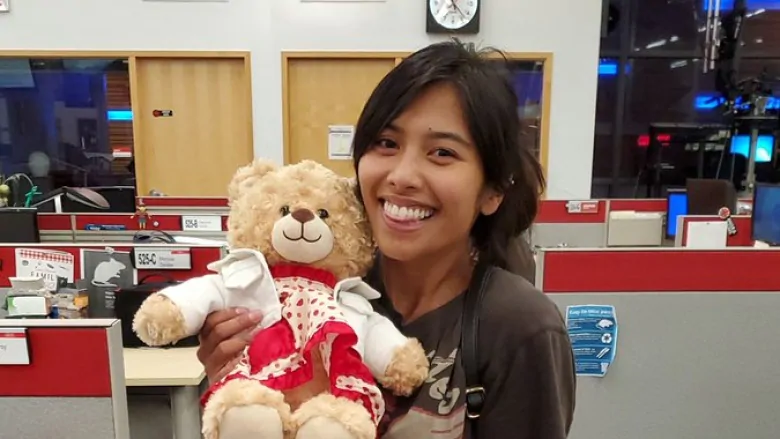 A teen struck and killed by a train in White Rock in 2018 was the result of a ‘dangerous’ game played among teens.
A coroners report released just now shows 15 year old Jack Stroud intentionally stood on the tracks as an oncoming train approached – his friend attempting to pull him down – but not soon enough – stroud struck and killed – with alcohol also believed to have played a factor.

If you’re flying out of YVR prepare to have your forehead scanned.
As of today temperature check sare mandatory for all travellers at YVR – as well in Calgary, Toronto and Montreal.
Those with a temp under 38 will be allowed to fly – if you’re over you’ll be asked to take another test ten minutes later – if both fail – it’s back home you go.

All Travel has been restricted to Haida Gwaii as the quiet village grapples with an outbreak of covid-19 – as it stands only residents allowed to travel to and from.

It isn’t exactly an apology.
Today Trudeau was questioned for 90 minutes on the WE’ scandal – saying at the end of the day it’s hard to know whether the organization was the right choice or not to run a government program when they were forced to back out.

Americans travelling through Canada to get to Alaska must now follow strict rules to limit their in our country – have to hang a tag from their rear view mirror, also take the most direct route possible and avoid all national parks.

It’s an alarming spike – Surrey RCMP say they’ve seen an 80 per cent increase in robberies the second quarter of 2019 – Cpl. Elenore Sturko says a lot of those break and enters as people return to work.
“What we’re seeing with the robbiers for the most part is that they’re crimes of opportunity, people targeting high-value items and we also had a number of robbiers that were linked to apps like the LetGo app” said Spl. El Sturko.
Sturko said hard to know the direct role the pandemic plays in the spike but that’s its important people lock their doors – as well walk with your head up to avoid personal belongs being stolen.
On a good note – overall crime is down 8% for 2020 compared to last yearl.

A one week search for a missing Langley boy has come to an end – the boy now back with his dad after allegedly being abducted by his mom.
RCMP were notified the seven year old boy hadn’t been returned to his dad – cops eventually tracing the boy to his moms house where they eventually received a warrant to obtain him – the mom and her boyfriend now arrested.

With heat comes extreme risk of wildfires – the Interior being placed under an ‘extreme wildfire risk’ right now with temperatures expected to hit 37 Friday.

A second investigation into a white police officer who fatablly shot black teenager Michael Brown in St. Louis back in 2014 has come to the same conclusion – no charges – the case one of the first to start the uprising of the black lives movement – with fears todays announcement could spark more violent protests.

We reported 41 news cases of COVID and no news deaths yesterday. Cases linked to a berry packing plant in Abbotsford climbed to 31  and 20 cases have now been confirmed on Haida Gwaii.

26th. The province has allocated more than 45-million dollars to support enhanced safety measures to keep staff and students safe.

The second major office tower has the go-ahead from Surrey City Council.  The 25 storey office tower will be built at 10045 King George Boulevard.

Surrey Council has given the third nod of approval for a 131-unit town-home complex in Guilford. Some residents feel that the area is already too condensed. The next council meeting is scheduled for September 14th.

It all comes down to decibels for RCMP in White Rock as they crack down on loud vehicles. Those who do break the noise violation could be subject to a $109 fine under the Motor Vehicle Act.

Two more flights with Air Canada over last weekend have been affected with COVID on July 24th and 26th:

The two new exposures bring the total number of flights through the Vancouver airport with reported exposures since June to 33 since June.

The City of Surrey is working on fixing parking issues in East Clayton by adding 18 to 24 new spaces. Some residents feel that won’t solve the problem, and that it is illegal suites taking the spots and that is the real issue they want dealt with.

Great news, a woman and her bear have been reunited! Mara Soriano is hugging her teddy bear tightly now and is thankful to a good Samaritan for returning it in one piece with  her mother’s message still recorded on the bear.