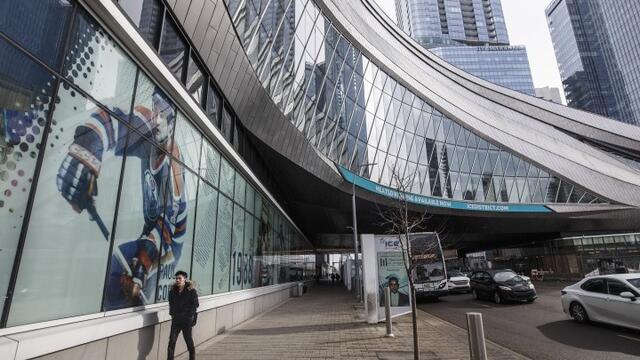 Tensions were high at sea – in White Rock this morning when a sailboat owner tied his boat right up on the sand to the middle of the pier – residents so outraged they called the city and cops – after talks – the man agreeing to take off tonight once the rides role in.

If there’s one good thing to come out of COVID-19 – it’s more room on flights – well unfortunately that flight has come to an end – Air Canada and West Jet announcing today its ending physical distancing on flights starting Canada Day – flights being booked at full capacity once again.
You will still have your temperature taken and have to wear a mask though.

As depressing as the rain has been this month – it’s also made for a record-low wildfire season – BC Wildfire reporting no wildfires this month – their yearly number also significantly down.

The black box recordings of the plane shot down by Iran earlier this year – killing close to 200 people on board including 57 Canadians – is set to be handed over next month – Iran still sticking to the story that it was an accident.

The family of a 28 year old Surrey Man are sick with worry on where he is – Aaron Knorr went missing two weeks ago and hasn’t been seen since. Has a full sleeve of tattoos last seen wearing a grey sweater and sweatpants and a black backpack!

If you want to enjoy a pint in a park – head to Port Coquitlam tonight – as of Friday you’re allowed to drink in close to a dozen parks in the city! Bottoms up!

The president of the Canadian Museum for Human Rights in Winnipeg has quit after allegations leaked of a racist work environment – one black woman saying she experienced the worst racism of her life while working there.

Two more deaths as of yesterday, both occurred in long-term care homes. We have 179 active cases in the province 15 people are in hospital, including seven in intensive care.

A second teacher has tested positive for COVID here in BC, but provincial health officer Doctor Bonnie Henry says no students were exposed. The last day for in class learning was yesterday.

Justin Trudeau says Canadian companies are now producing so much personal protective equipment for COVID that we are almost to the point of being self-sufficient.

Create Abundance Wellness Group is a part of the police investigation into Bo Fan’s death – she died on June 17th, after being brought to the hospital with serious injuries. Homicide investigators wanting to know what her relationship to the organization was as she was found near the clubhouse.

We won’t be getting our place as a HUB city for the NHL – John Horgan stating: I’m disappointed the NHL playoffs won’t be coming to Vancouver, but we will not bend the rules on public health guidelines and risk the progress we’ve made. Protecting the health and safety of people in BC is our number one priority.

Great news if you’re in need of daycare in Surrey!

The provincial government is investing in 181 new childcare spaces in Surrey. The spaces are part of four new projects, including:

36 spaces for the City of Surrey

88 spaces within the Surrey school district

This according to a release from the Ministry of Children and Family Development June 25th.

Strawberry Hill Hall will be turned into a new childcare centre, which will be run by the City of Surrey. It is expected to be open by January 2021.