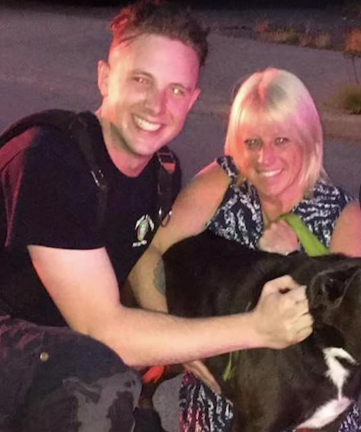 Some closure for the family of a woman found killed in Surrey back in June.
47 year old Duncan McCabe has been charged with manslaughter in the death of Karlee Dixon.
Dixon was found unconscious at a home in the Guildford area – McCabe still in scene when police arrived.
No further details are being released at this time.

A crash in Delta send nine people to hospital yesterday – a car was travelling southbound on Scott Road  when it somehow collided with a car near the Strawberry Hills shopping centre – striking a pedestrian – all eight people in the cars as well the pedestrian were injured – some minor, others seriously – anyone who saw the crash is asked to contact Delta Police.

Canada Post says it has for the most part caught up with the crazy amount of online deliveries as a result of the pandemic – the company struggling to keep up after bricks and mortar shops were closed – while they’re in much better shape now – delivery guarantee times are still not in effect.

Lebanese Prime Minister Hassan Diab has steppe down – one of many politicians to quit their jobs – after last week’s explosion in beiritu that killed more than 150 people – diab blaming politicians who came before him for causing the blast.

The real estate market is bouncing back in Langley – condo sales were up 110% in July compared to the same time last year – detached homes also up more than 30-percent.
As for why – market experts say they can’t pinpoint an excuse cause – with demographics of buyers all across the board.

A Richmond student has started a petition for BC students to have to wear masks when school starts up next month – Victor Lam saying he has family members with compromised immune systems – knows a lot of other students who don’t want to bring covid-19 into their home.

A 40 year old Surrey man has been arrested for hosting ‘illegal parties’ in a commercial space in Whalley – – the address of the party the same one that Fraser Health issued a warning for earlier this month where its believed a number of people may have contracted covid-19 during a hookah party that was on site – if you were at either events you’re asked to self-monitor.

As if she hasn’t been through enough, a Langley woman whose condo went up in flames last month has now been robbed.
After getting permission to go into her suite and collect her belongings this week – Michelle Buchan discovered a number of personal belongings gone – including her parents weddings rings.

It’s proof people will steal just about anything.
Over the weekend a sports car pulled up to Afghan Kitchen in South Surrey – a woman seen in their video footage pulling two beautiful plants out of the soil before speeding away.
It’s the third time this summer plants have been stolen from the popular restaurant.

As if school staff don’t have enough weighing on their mind right now – – two elementary schools in Langley were vandalized over the weekend – Simonds and Alice Brown elementary both plastered with tags and graffiti – the schools saying they will be making a point of discussing ‘respectful behaviour’ with students when they return next month.

Delta police are investing a shooting in Tsawwassen Sunday afternoon – it happened on a quiet residential street near Boundary Bay – police dogs were called out – but still no word whose behind the incident – lucky no one was hurt.

Strap on a mask if you’re headed to Port Moody!
A mysterious smell continues to permeate the city – fire crews received dozens of calls from residents Saturday night complaining of a ‘gas’ smell – – Fortis BC was called out and ruled out natural gas – crews now believing low tide may be to blame.

A Lebanese judge has begun questioning the heads of the country’s security agencies over last week’s devastating blast in Beirut – this as a third cabinet minister has announced he’s resigning in protest.