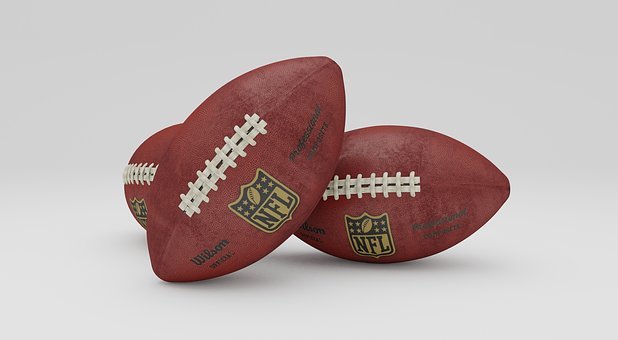 By LeslieFebruary 1, 2021News
No Comments

Canada is due to once again receive shipments of the Pfizer and BioNTech COVID-19 vaccine this week, but not as many as first promised. Moderna has also said that it will deliver fewer doses than originally promised this week, but the Trudeau government insists the slowdowns are temporary and that both companies will make good on their promised deliveries over the coming months. Over the weekend, Health Canada started work to approve the vaccine candidate from Novavax. Some good news from Friday though  Dr. Bonnie Henry says all long term care residents in B-C and their caregivers have now been offered COVID-19 vaccinations. The news came as she reported 514 new cases of COVID-19 and five additional deaths.

Someone at a Maple Ridge high school who tested positive for COVID-19 is a close contact of a person infected with a variant of the virus, prompting Fraser Health to  intervene and organize testing. Fraser Health said Sunday the person who tested positive for one of the variant strains of the coronavirus does not attend Garibaldi Secondary School. A notice posted for the school lists Jan. 18, 19, 20, 21 and 22 as possible exposure dates. A letter was sent to students and families Sunday evening. Anyone who has come into contact with the “school case” connected to the variant case is being tested Monday, according to the health authority. At this time Garibaldi Secondary School will remain open. Only those staff and students who have been identified as close contacts need to be tested and have been contacted.  If you have not been contacted, there is no risk of exposure identified.

Two men escaped without injury near the Langley-Surrey border Saturday night when someone fired several shots at a Dodge Durango, which was left at the scene and a white SUV was reported to have fled after shooting at the Dodge. Ten minutes later, Surrey RCMP attended a vehicle fire in the 7300 block of 182nd Street. Two men in the Durango, aged 25 and 26, believed to be the intended targets, were not injured The pair are said to be known to police and are not co-operating with the investigation. It is the latest gun-involved incident in the Langley area, which has now recorded five major shooting incidents in two weeks, including one murder. There was no direct confirmation yet that any of the incidents are linked to the gang warfare in the Lower Mainland, but it is believed. anyone with information is asked to call Langley RCMP.

Police in Vancouver have arrested a man who allegedly hosted parties inside his penthouse and issued over 17 thousand dollars in fines against him and dozens of partyers. Sergeant Steve Addison says the case should be a lesson to anyone caught hosting a party in violation of provincial measures that ban social gatherings during the COVID-19 pandemic. Addison says police launched an investigation a week ago after a witness called police to report a large party inside the downtown apartment but the 42-year-old host refused to open the door when officers arrived. He says police returned yesterday with a search warrant after the man allegedly held two more big parties this weekend, when officers found 78 people inside. The Telus Garden penthouse parties were well-appointed, complete with tables, menus, and cash tills. The last time officers visited this apartment, the VPD said there was even a doorman. Court records show the 42-year-old man is charged with two counts of failing to comply with the order of a health officer. Vancouver police are looking to release him on bail with extensive conditions to force him to comply with COVID-19 health orders.

Every February, people in Canada are invited to participate in Black History Month festivities and events that honor the legacy of Black Canadians and their communities. The 2021 theme for Black History Month is: “The Future is Now”. “The Future is Now” is a chance to celebrate and acknowledge the transformative work that Black Canadians and their communities are doing now. John Horgan made a statement this morning to explain what they will be doing to celebrate this month  and also help be part of the transformation, saying  “We know we need to do better as a government in addressing systemic and institutional racism. As part of this work, we have committed to introducing race-based data collection so we can see where there are gaps in the services people count on and how they can be addressed. We have launched Resilience BC, a new anti-racism network that targets discrimination and hate around the province, and we are developing B.C.’s first anti-racism act, in consultation with communities. “On this first day of Black History Month, we recommit to building a province where everyone is safe from violence and oppression. Let’s also take the time to learn about Black history and the ways in which Black Canadians have shaped our communities and our province.  Together, we can build a brighter future for all British Columbians.”

All eyes will be on Raymond James Stadium in Tampa Bay Sunday, although this year only about 22,000 sets of them will watch the hometown Buccaneers and defending champion Kansas City Chiefs contest Super Bowl LV in person. Sunday’s big game will be the first since Super Bowl I not to sell out, but also the first to be held in the throes of a global pandemic. Many of those in attendance Sunday will be front-line, health-care workers. Commissioner Roger Goodell says the move to recognize these people is also an opportunity to promote the importance of vaccination. The focus is on the virtual experience this year. The Kansas City Chiefs won’t even arrive in Tampa until Friday or Saturday, and the big kickoff event Monday, Super Bowl Media Day, will be conducted via Zoom. Meanwhile, players are being tested twice a day. The 43-year-old Brady is making his tenth Super Bowl appearance, while Mahomes was named MVP in Kansas City’s Super Bowl victory one year ago. You can watch the Super Bowl Feb 7th!