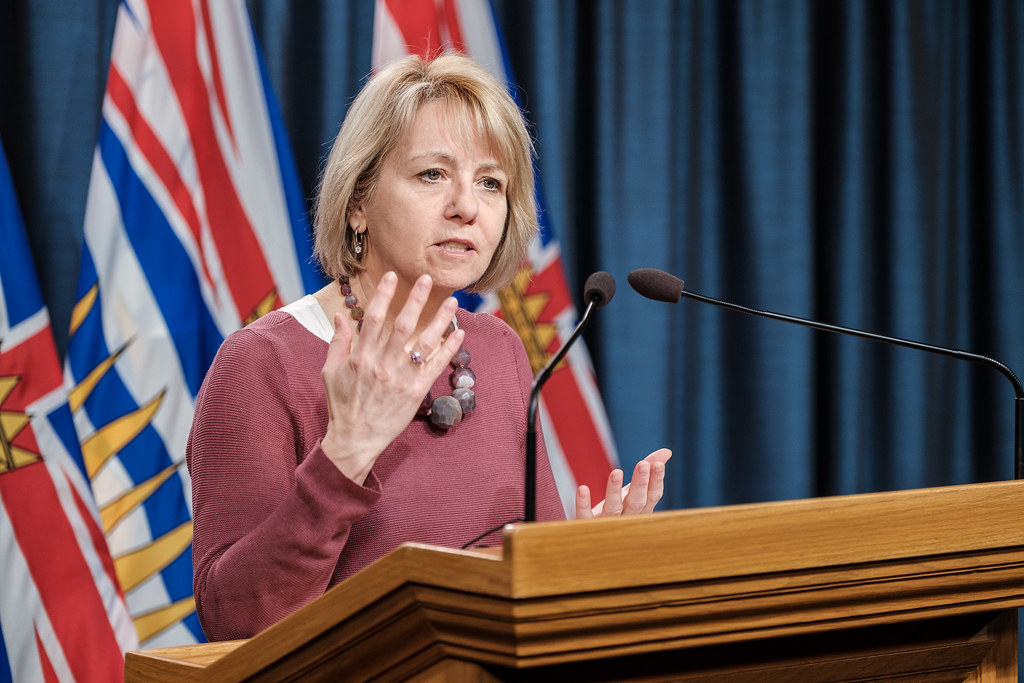 By LeslieNovember 2, 2020News, On-Air
No Comments

Health Minister Adrian Dix warned the numbers would be alarming – and he wasn’t lying. On Monday Dix announced 1,120 new confirmed COVID-19 cases over the Halloween weekend – bringing b.c’s total to almost three-thousand.
Six new deaths were also reported! How much the mass partying along vancouer’s granville strip over the weekend played a part – will find out in about two weeks time.

Surrey RCMP responded to close to a thousand calls on Halloween – but no COVID-19 tickets were handed out.
Cpl. Joanie Sidhu says officers didn’t come across any large parties – fireworks were the main culprit of the night – police receiving more than 300 noise complaint calls – with numerous fines handed out.

Three bodies were found yesterday near Qualicum Beach – a fourth person with shot wounds also recovering in hospital.
A motorcyclist found the first body in a ditch – two others bodies found nearby in a burnt out trailer – investigators sayithey have no reason to believe the public’s in danger.

Just one day to go until the U.S election!
Trump’s spent his final day Monday blowing through five rallies, including visits to Michigan and Wisconsin. At a rally in North Carolina, Trump called on supporters to exercise their rights and vote — but “sit it out” if they aren’t voting for him. Meantime, Biden is devoting most of his time to campaigning in Pennsylvania.

Surrey’s Remembrance Day ceremony is set to be live streamed on both the city’s Facebook page November 11th – the city’s usual ceremony at the Cloverdale cenotaph cancelled due to the pandemic. The ceremony will run from 10:30am to 11:30am.

A Vancouver Island homeowner was slapped with a more than $2,000 fine for having a party with 30 people over the Halloween weekend, cops initially gave out a warning to the Saanich woman, but when the party continued after police left, they returned handed her a $2,300 fine.

A political consultant says Premier John Horgan has lots of new and familiar faces from his backbenches to choose from as he puts together his new cabinet. Bill Tieleman says he expects some former M-P’s to be considered for cabinet, along with re-elected legislature members Bowinn Ma and Sheila Malcomson. He says B-C’s Indigenous relations and reconciliation portfolio will be one of the most critical. Former Indigenous relations minister Scott Fraser was well-known and widely regarded as the N-D-P’s Opposition critic before he became the minister.

Americans head to the polls tomorrow in what has been one of the most divisive election campaigns in U-S history. And while for weeks, Prime Minister Justin Trudeau has steered clear of commenting on the election, he says his government is prepared for any possible outcome. Trudeau says Ottawa has been examining the platforms of both Donald Trump and Joe Biden to see how they may impact Canada’s foreign and trade policies.

The COVID-19 pandemic is causing problems for the sister of one of the victims of the Quebec City sword attack, as she tries to work out how to travel from Paris to join her family in Canada. Two people — were killed and five others were wounded in the Halloween night incident. Marie-Jo says she spoke with her brother hours before his death, calling him her confidante and best friend. Police allege a 24-year-old Montreal man wearing medieval clothing went on a more than two-hour rampage with a long, curved sword, attacking strangers at random.

The pandemic caused most residents to wipe their dry-erase calendars clean, and even though Christmas celebrations might be scaled back this year, the City of White Rock Festival of Lights will be anything but. Last February, the City of White Rock approved a scaled-up version of the Festival of Lights for 2020.  However, City of White Rock recreation and culture manager Eric Stepura gave a presentation to council Oct. 19 that confirmed the show is to go on. The event is to be expanded this year not only in size, but the number of days it will be open to the public. This year, the event will extend from the white rock to Oxford Street and run from Nov. 28 to Jan. 9.  Stepura told council that event organizers are to work with city staff to develop a COVID-19 safety plan. He noted that the city has experience developing similar plans for city recreation centres and arenas. As expanded as it might be, the Festival of Lights will not have all of the bells and whistles as it did last year. This is an event where people are to come through the park, stroll around, but they will not be setting up any attractions which would encourage people to gather

Delta firefighters battled a large blaze at a cannabis facility yesterday. Canopy Growth says the fire was in a greenhouse that hadn’t been in operation for several months. Local police say no one was in the greenhouse at the time and no injuries were reported. The cause of fire, which produced billowing clouds of smoke, is under investigation.

As COVID-19 cases continue to rise across the U-S, President Donald Trump is suggesting he will fire the country’s top infectious disease expert after tomorrow’s presidential election. Trump told supporters in Florida yesterday to wait a little bit after the election as they chanted “Fire Fauci,”  following an interview with The Washington Post that saw Dr. Anthony Fauci level his sharpest criticism yet of the Trump administration’s response to the pandemic. Fauci told the newspaper the U-S “could not possibly be positioned more poorly” to stem rising cases ahead of winter. In response, a White House spokesman accuses Fauci of “playing politics” right before the election.