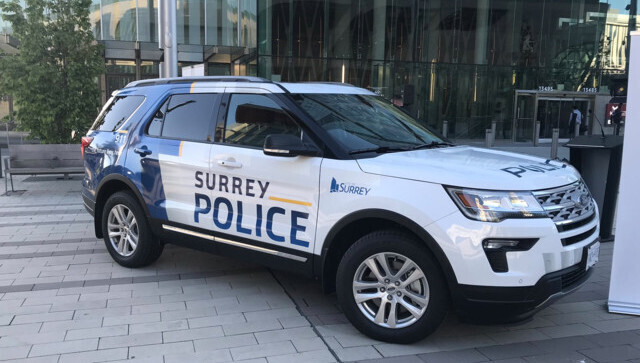 By Jeremy TubbsOctober 17, 2022News
No Comments

A battle over police services is looming in Surrey with the election of pro-RCMP mayor Brenda Locke. Locke, who defeated mayor Doug McCallum in the municipal election on the weekend, says returning the Mounties to the Metro Vancouver city is one of her top priorities as mayor-elect. But the Surrey police board, Surrey’s Police Service and the B-C government say bringing back the RCMP is far from a done deal. Surrey has been in the process of transitioning to a municipal police force for more than two years.

Police in Port Alberni are looking to speak with a teenage male who likely stopped an abduction. The Port Alberni RCMP say in a news release the teen male intervened when an unknown man grabbed a 10-year-old female last week near an elementary school. Police say the teen male pushed the man away from the girl and may also have taken a photo. RCMP say the incident occurred near John Howitt Elementary School at about 3:30 p.m.

Police in Kelowna are investigating a fatal crash involving a motorcycle and a truck just south of the Lake Okanagan Resort. West Kelowna RCMP says a 20-year-old woman who was the operator of the motorcycle died in the crash Saturday afternoon on Westside Road. The police investigation into the crash continues. The RCMP says Westside Road was closed and has since re-opened, but investigators are still at the scene.

North Shore Rescue says two people who accidentally ate poisonous mushrooms had to be rescued by helicopter on B-C’s Sunshine Coast. The volunteer community-based search and rescue team says it received a call Saturday evening after two campers in the Powell River area were reported in medical distress after consuming poisonous mushrooms. North Shore Rescue says the campers thought they were adding regular mushrooms to their dinner. The two campers were hoisted into a helicopter and taken to a waiting ambulance.

A potentially harmful algae bloom in some Victoria-area lakes has resulted in a do not swim advisory to people and pet owners. The Capital Regional District says a blue-green algae bloom in Lower Thetis and Prior Lakes could be harmful to people and fatal to dogs. The CRD says blue-green algae can produce cyanotoxins that can cause headaches and abdominal pain in humans and lead to lethal liver damage in dogs. The CRD says blooms are unpredictable and may occur at any time.