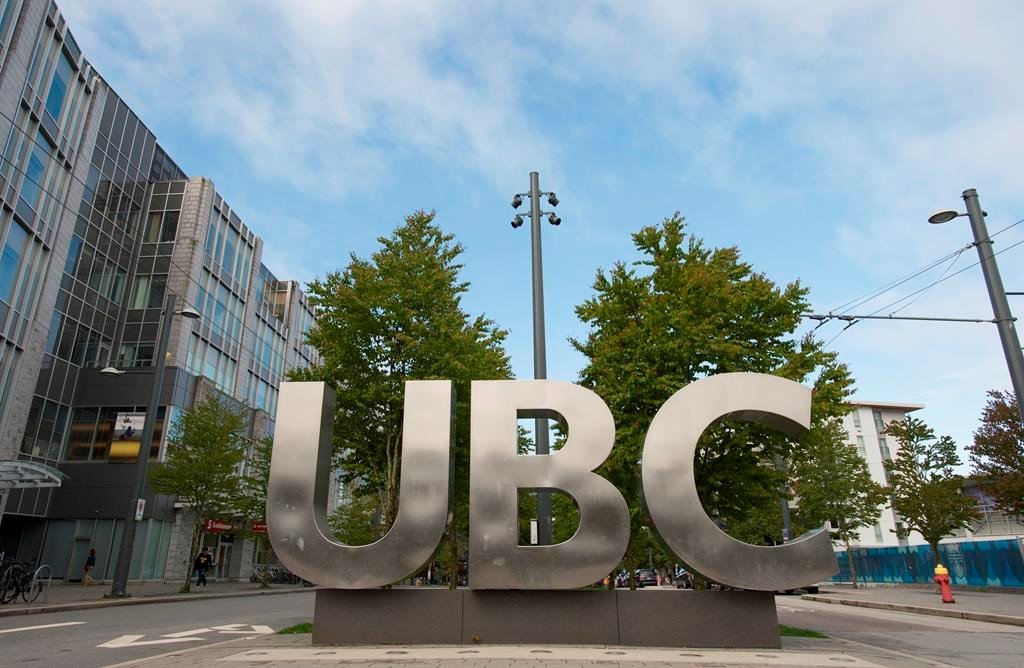 By JaclynSeptember 27, 2021News
No Comments

University of B-C president Santa Ono has issued a statement of condolence following the deaths of two students early Sunday. He says the accident that resulted in the deaths of two 18-year-old students is an awful tragedy and the entire university is in mourning. University R-C-M-P says the male and female students were walking together on the sidewalk on Northwest Marine Drive when a vehicle veered off the road and they were struck and killed. R-C-M-P says the driver of the vehicle, a 21-year-old male, was taken to hospital with minor injuries and was released to appear in court at a later date.

British Columbia’s homicide team was deployed to Maple Ridge after a body was discovered inside a pickup truck destroyed by fire. The Integrated Homicide Investigation Team says it is not yet known if the discovery of the body is related to the Lower Mainland’s ongoing gang conflict. I-H-I-T has yet to identify the person found inside the truck. Investigators are appealing to the public for information, saying the pickup did not have a muffler and would have been making loud noises.

People in British Columbia are reminded that today marks the date when the province’s vaccine card is considered the only acceptable proof of vaccination to attend certain businesses and recreational events. The government’s transition period allowing people to present their vaccine records from their immunization appointments expired Sunday. Provincial health orders now require people show the B-C Vaccine Card to dine at restaurants and attend indoor recreational events. Health Minister Adrian Dix says more than three million people in B-C have already downloaded their vaccine card to their mobile device or printed a copy.

China’s Foreign Ministry claims that Canada’s “Two Michaels” were released on bail and allowed to return home to Canada for health reasons. A ministry spokesperson made the comment as Beijing sought to downplay the connection between the release of Michael Kovrig and Michael Spavor and the return to China of a long-detained executive from Huawei Technologies. The Canadians were detained in December 2018, days after Meng Wanzhou was arrested in Canada at the request of U-S authorities. Meng fought the U-S demand for extradition but reached a deal with the U-S Justice Department

The B-C government says it’s extending the cap on fees charged by food delivery companies to help the restaurant industry through the ongoing COVID-19 pandemic. Jobs Minister Ravi Kahlon says the fee cap was set to expire this week, but it’s now been extended to the end of this year. He says the order will continue to cap fees charged to restaurants from food delivery companies at 15 per cent. Kahlon says the cap of five per cent on additional services related to online ordering and processing fees was also extended to December 31st.

Seattle made its debut on Sunday night with a 5-3 win over the Vancouver Canucks in the preseason opener for both teams. With Seattle’s home arena putting the finishing touches on its construction, the Kraken have taken their first preseason on the road to three junior hockey venues in the state. Spokane was first up, and the 10,208 fans were treated to the Kraken rallying from a 2-0 deficit thanks to three goals in the second period and Morgan Geekie’s two goals in the third period. There was necessity related to Seattle’s decision to trek across the state for its first game. The home arena for the Kraken — Climate Pledge Arena — is still a couple of weeks from completion and Seattle’s first home game is Oct. 23 against the Canucks.

A serious crash on the Port Mann bridge shut down the eastbound lanes on Highway 1 over the bridge for hours today and also affected some westbound traffic on the busy route. The B-C Highway Patrol says its criminal collision investigation team was called after a delivery truck rammed the back of a disabled pickup just after 10 this morning _ injuring the pickup driver who was outside the vehicle and trapping the delivery driver _ who had to be freed by emergency crews. In a separate incident, police are seeking witnesses to a fatal crash that happened late Saturday morning on Highway 7 through Hope in the eastern Fraser Valley. A motorcyclist died and a second was badly injured when an Mazda pulled out to pass, hitting the first motorcycle and killing its driver at the scene, while the second rider was hurt when they could not avoid the wreckage.

British Columbia health officials announced on Monday that there have been 2,239 new test-positive COVID-19 cases since Friday, bringing the total number of recorded cases in the province to 184,780. In a written statement, Provincial Health Officer Dr. Bonnie Henry and Health Minister Adrian Dix said that there are 6,098 active cases of COVID-19 in the province. Of the active cases, 303 individuals are currently hospitalized and 141 are in intensive care. The remaining people are recovering at home in self-isolation. There were 876 cases between Friday and Saturday, 657 between Saturday and Sunday, and 706 between Sunday and Monday. The provincial government adds that total numbers and new cases are provisional due to a delayed data refresh.

New cases, as well as total active cases, broken down by health region, are as follows:

There have been 18 new COVID-19-related deaths for a total of 1,940 deaths in British Columbia. Of the new deaths, three were in Fraser Health, five were in Interior Health, three were in Island Health, six were in Vancouver Coastal Health, and one was in Northern Health. Updated data on COVID-19 cases in vaccinated and unvaccinated people has yet to be shared, so the latest update from Friday can be found below:

Health officials in BC also shared data on COVID-19 cases in vaccinated and unvaccinated people:

After factoring for age, people not vaccinated are 25.9 times more likely to be hospitalized than those fully vaccinated. From September 10 to 16, people not fully vaccinated accounted for 76.3% of cases and from September 3 to 16, they accounted for 85% of hospitalizations. To date, 87.7% of all eligible people 12 and older in BC have received their first dose of the COVID-19 vaccine; 80.5% have received their second dose. 176,354 people who tested positive have now recovered.