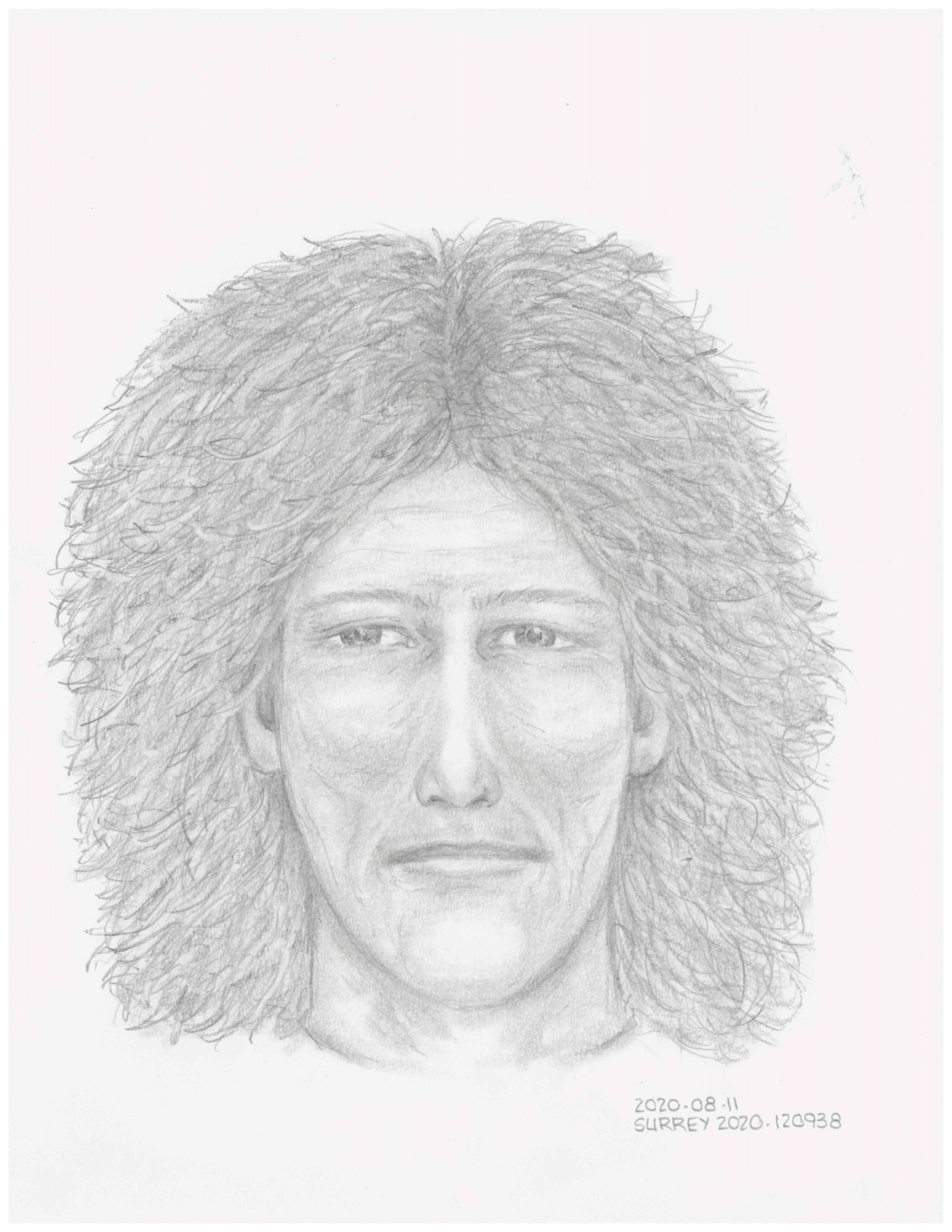 Surrey RCMP are looking for who kicked down the door and attempted to steal from a whalley home last week – the men running away when they realized there were people home.
A composite sketch of one of the men wanted was released Thursday.

If you recognize this man, call Surrey RCMP immediately.

If you get a City of White Rock email offering some sort of refund – yes, it is too good to be true, do not open it!
Someone hackers got use of the city financial services account – and are using the email to get residents personal information

We love to complain about the social distancing – but turns out many of us Canadians dont think COVID-19 restrictions go far enough.
A new Angus Reid poll shows almost 40% of British Columbians feel the province could be tougher on things like wearing masks and making sure people stick to their bubbles –  Atlantic Canada the only place where people were overall satisfied.

A reminder to put those edibles on an extra-high shelf!
Health Canada says several children recently wound up in hospital after eating marijuana edibles that looked like regular candy.

An employee at the Ocean Parks Safeway has come down with COVID-19.
Their last day working at the store was over the August long weekend – three employees at the Fleetwood Safety have also tested positive for COVID.

Traffic continues to build in Surrey.
A ne report by the city shows traffic volume has increased by 15 per cent in most areas – saw a dip during the start of the pandemic but since then has steadily climbed – city will continue to monitor traffic cameras to decide where congestion relief is most needed.

Horgan has had it up to there!
The premier is threatening penalties if ‘young people’ don’t smarten up and start social distancing – saying while he prefers letting people use their own judgement – he isn’t against handing out fines if need be – this as 85 new cases were reported yesterday – the highest daily spike since April.

Port Moody police dealt with not one but two separate accidents last night where drinking and driving was believed to be a factor – few details were released – police reminding drivers that counter roadblocks continue to be set up throughout the summer and if you intend to drink – plan a ride home!

A girl in New West  has been left immobile after her scooter she relies on to get around was stolen from the family’s van downtown last weekend.
The scooter is bright red and worth at least three- thousand dollars.

SFU has announced its retiring its ‘clansman’ team name – saying after extensive talks with stakeholders, and the community its time for a change – students complaining about the controversial name for years.

A West Vancouver councillor wants all restaurants and pubs to close up once again to stop the spread of covid-19 – Craig Cameron saying some people aren’t taking the pandemic as seriously as they should – this as 85 new cases were reported yesterday – the highest spike since April.

As Canada and countries around the world debate how to safely open schools – the UN estimates close to 50% of all schools globally don’t have access to water and soap for handwashing – more than one-third of those Africa.

After going more than 100 days without a COVID-19 outbreak – New Zealand is now dealing with a puzzling outbreak – what started as four cases in one house  – has now grown to 17 linked cases – the number expected to keep rising.

The beef is back at Mcdonalds! Mcdonalds Canada announcing it’s going back to using 100% Canadian beef in September – up til now it had been importing 20% due to Alberta and Saskatchewan cattle ranches being short on supply from the pandemic.