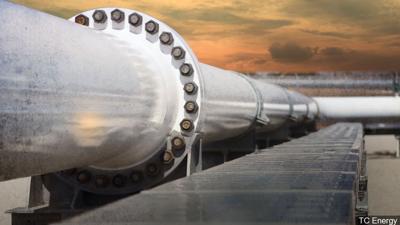 By LeslieJanuary 21, 2021News
No Comments

Health officials have called off the regular COVID-19 briefing in British Columbia as they prepare to update the province’s strategy for immunization against the virus. An advisory from the premier’s office says the briefing by provincial health officer Dr. Bonnie Henry and Health Minister Adrian Dix is cancelled. Instead they will join a news conference Friday with Premier John Horgan and Dr. Penny Ballem, who is leading B.C.’s COVID-19 immunization rollout.

Yesterdays Inauguration of the 46th president of the united states went off without any issues. The President was sworn in and has since  signed 15 executive actions The signed actions include a mandate for masks on federal property, an action to rejoin the Paris climate agreement, a removal of Trump’s travel ban affecting Muslim-majority nations, a proclamation halting further funding or construction to the wall along the U.S. Southern border, and an order reversing Trump’s decision to withdraw from the World Health Organization.   President Joe Biden will keep with tradition in making his first phone call with a foreign leader and calling Prime Minister Justin Trudeau tomorrow. Yesterday, Biden also signed an executive order to kill the presidential permit for Calgary-based T-C Energy’s Keystone X-L pipeline expansion project. White House Press Secretary Jen Psaki expects Biden and Trudeau will discuss the important relationship with Canada and the Keystone decision.
T-C Energy is going to cut more than one-thousand construction jobs after U-S President Joe Biden cancelled a presidential permit for the cross-border Keystone X-L pipeline project. The Calgary-based company suspended work on the project even before Biden pulled the plug yesterday afternoon, almost immediately after taking office. About 200-kilometres of pipe have already been laid and construction started on pump stations in Alberta and several American states. Police say a man wanted in connection with violent crimes in Surrey as well as the killing of a former B-C resident in Winnipeg has been arrested. Surrey R-C-M-P say they learned that Dyllan Petrin was hiding-out in Vancouver and he was taken into custody yesterday. Petrin was released after being charged in a 2019 kidnapping and assault in Surrey and a warrant was issued for his arrest last May after he removed his electronic monitoring bracelet. He was also wanted on a first-degree murder warrant issued by Winnipeg police following a fatal shooting last July.

A Surrey senior who called police to report a suspected break-in attempt in December is fuming after the city sent her a bill for the police response. Mary Gladwell told Global News she was awakened at 4:30 a.m. on Dec. 12, to the sound of an alarm on home alarm going off. She said when she looked outside, she saw lights flickering. The 83-year-old said she sat awake and afraid in her home until morning, when she phoned the RCMP. Officers came and checked the property but found nothing suspicious. More than a month later, a bill arrived with a $112.50 fee for a “false alarm.I don’t know why it is wrong to call the police when I feel I need protection. I’m living here by myself, I’m an 83-year-old widow. So who do you turn to when you get scared and something happens?” Gladwell said it is the first time the alarm has gone off since it was installed 20 years ago. She believes it was activated when someone tried unsuccessfully to open a door at the back of her property. In a response late Wednesday, the City of Surrey said it had reviewed the file and rescinded the fine

The Vancouver Canucks overcame a hat trick by former teammate Tyler Toffoli and denied Carey price of the Montreal canadines his 350th win with 6-5 shootout victory last night against the canadians. The two teams went head to head last night at rogers arena, this being the 5th game of the season for the Canucks and their SECOND win so hopefully they can keep the winning streak going. They play the Montreal Canadians again tonight at rogers arena, puck drop is at 6:30

A Vancouver city councillor is ramping up efforts to help the 110-year-old Pacific National Exhibition survive the impact of the COVID-19 pandemic. Lisa Dominato says the PNE is the only fair in Canada to be denied access to the federal pandemic wage subsidy because it’s been owned by the city since 2004. Dominato says the PNE is currently more than 10-million dollars in the red and has been forced to lay off 93 per cent of its unionized workforce due to event cancellations. She has been lobbying the federal government for a special grant for the P-N-E and says she’s had productive discussions with local Liberal and New Democrat M-P’s.

BC reported 564 new cases of COVID-19 today, bringing the province’s total since the pandemic started to 62,976. There are 4,450 actives cases and 15 new deaths. Provincial health officer Dr. Bonnie Henry and Health Minister Adrian Dix say in a joint statement that despite the number of COVID-19 cases trending downward, the province is continuing to see new community outbreaks and clusters. They say residents need to work to break the chains of transmission.

Country star Dolly Parton says her brother and singing partner Randy has died of cancer. Parton says her brother sang, played guitar and bass in her band, as well as hosted his own show at her theme park, Dollywood. She says that her duet with him on “Old Flames Can’t Hold a Candle To You” would be a highlight of her own career.

A popular Netflix show is coming back for a second season. It’s announcing the Shonda Rhimes’ period drama “Bridgerton”

will be back for Season 2. “Bridgerton” is based on a series of books by author Julia Quinn and is set during London’s opulent Regency Era. Fans can expect new scandals and romance, and more of a focus on eldest brother Anthony Bridgerton.