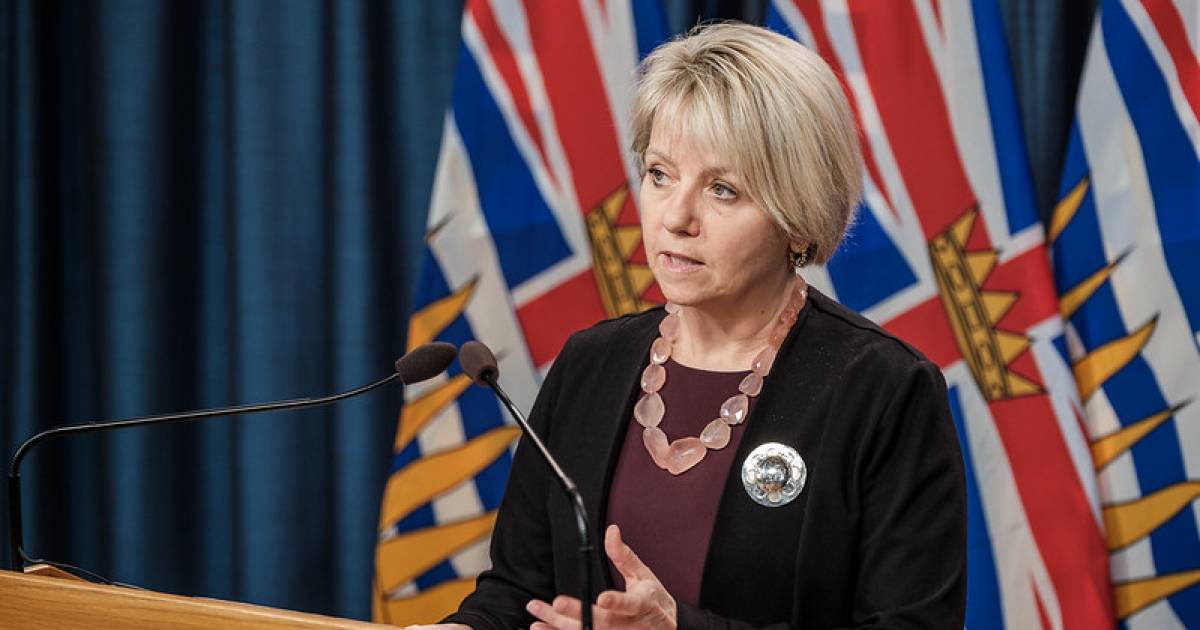 By Jeremy TubbsNovember 17, 2022News
No Comments

Provincial health officer Doctor Bonnie Henry is urging people to get vaccinated against both COVID-19 and the flu. Henry says the flu is a vaccine-preventable respiratory illness and getting vaccinated against it could prevent a visit to the emergency room, where waits can be long, even as officials work to increase capacity. Henry says more than 90 per cent of the population has built some immunity to the COVID virus through vaccination, infection or both, and the number of serious outcomes has dropped significantly, even for people 80 and over, who are most vulnerable. Everyone older than six months can get both the COVID and flu vaccine for free and book their shots through the provincial Get Vaccinated program.

RCMP in Merritt say they have identified suspects after a series of shootings this week, but no arrests have yet been made. Sergeant Josh Roda says there will be an increased police presence in town for a while as police continue an investigation involving incidents that took place in several locations, including the territory of the Coldwater Indian Band. Mayor Mike Goetz has said police told him that about 100 shots were fired in three locations in the Merritt area. A notification on the Lower Nicola Indian Band’s website asked residents to remain indoors after shots rang out, and the suspect or suspects were described as driving a dark jeep or pickup truck.

Mounties in Richmond say two people were brought to the hospital after a stabbing in that city. They say officers were called to a local business yesterday morning and found two wounded victims. Police say the suspect escaped but was arrested nearly an hour later in Abbotsford. They say the person is believed to have “an association” with the business and there is no risk to the public.

The BC government and the Tsleil-Waututh (tuh-SLAY’-wah-tooth) Nation of North Vancouver have signed a deal on economic development involving cannabis. The province says it’s supporting the nation’s interests in operating cannabis production and retail ventures, with shared policy objectives related to public health and safety, protecting young people and deterring illicit activity. Chief Jen Thomas of the Tsleil-Waututh Nation says the agreement will result in benefits including stable, long-term jobs, ultimately allowing the Indigenous economy to grow and thrive. Public Safety Minister Mike Farnworth says the deal points to a strong cannabis sector for B-C and the nation, though the province does not say in a release when the work is expected to begin.

A law aimed at protecting animals in Yukon is expected to take effect next year after regulations are developed. The territory says the Animal Protection and Control Act will provide an enforceable legal framework for managing all aspects of animal protection and control and establish higher standards of care. The act includes permits and inspections of animal-related businesses, expanded enforcement tools to address high-risk and feral animals and empowerment of local officers to take action. Minister of Energy, Mines and Resources John Streicker says the new legislation supports the health and growth of the agriculture sector by providing modern and effective animal protection through clear requirements for livestock control and welfare.

BC’s incoming premier says he will lead a government push to transform Vancouver’s deteriorating Downtown Eastside, where hundreds of homeless people are living in tents. David Eby, who will be sworn in as the province’s 37th premier tomorrow, says his government will take charge of restoring the notorious low-income area, where addiction has been a longtime issue. Eby, who won housing rights for low-income residents as a human rights lawyer and head of the B-C Civil Liberties Association, says people living in tents on the sidewalk are not safe, and the broader community also doesn’t have a feeling of safety. Eby says his hope as he replaces outgoing Premier John Horgan is that people see him as a guy who hits the ground running on issues they care about.